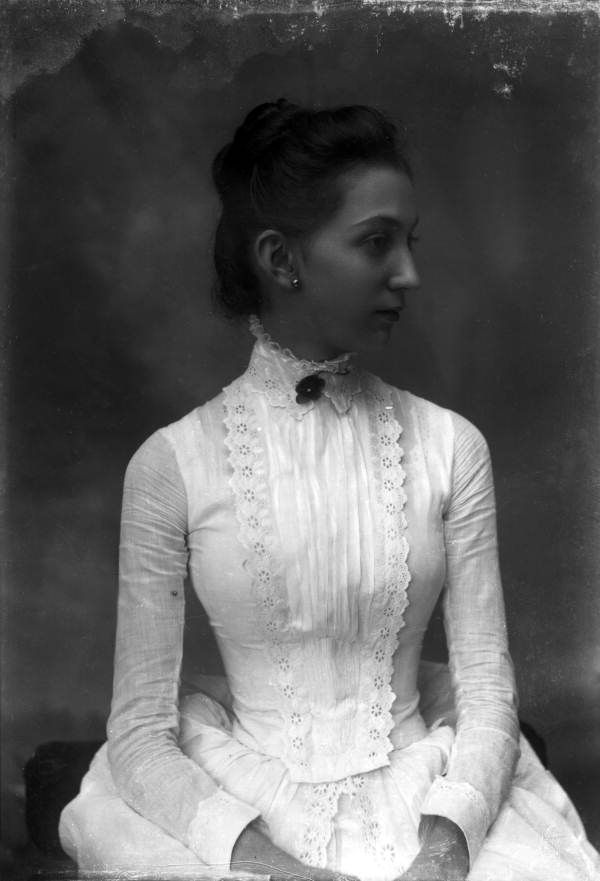 As the story goes, there was quite a handsome man in Carleton Place, and all the girls admired him. But, in all honesty, he just couldn’t find a wife to suit his taste. One night when he was on his way home from a get together, he met a girl on the road back into town. Immediately he was smitten, and they began to see each other. She came from a family with no monetary means, but her family was decent and of very strict morals. Each time they met, she didn’t even allow him to accompany her to the family porch, only to the final bend in the road. Time was scarce with this young lady as she was always helping her parents with the never-ending chores around the house.

As the leaves began to turn the young man decided to propose. She said ‘yes’ immediately, but told him that she couldn’t do it without her parents’ blessing. He decided the next day he would go talk to her parents on the edge of the village, three houses away from the mill. He just could not seem to find her home as now there seemed to be just only two houses away from the mill, and just a little bit  further there was a cemetery behind a fence.


The young man became distraught and figured he had gotten the directions wrong. Frustrated he stopped by the fence of the cemetery and out of the corner of his eye he caught sight of the first grave. There right before him stood  a monument with a portrait photo of his bride. That my friends was all he remembered and suddenly the world went black. He didn’t remember much after that– all he knew was that he woke up a month later in the hospital.

Six months later the young man figured he needed closure to what happened. In the field next to the two homes there used to be a house that a family had lived in for 20 years. Coming from a family with morals the father of that particular family had chosen a groom for his daughter himself, but she had refused to marry him. She told her family she would wait forever for her beloved and that eventually he would find her. The Father became angry and locked her in the house, and one night she could stand it no more so she set the house on fire. Everyone perished in that fire and what was left of the house was raised to the ground. The young lady didn’t find her beloved, and neither did the young man. He died unmarried and miserable.

It is said she still walks these grounds today still looking for her beloved. So watch where you walk, and watch what you bump into– and if you see her, tell her that he loved her forever. But, we all knew that.