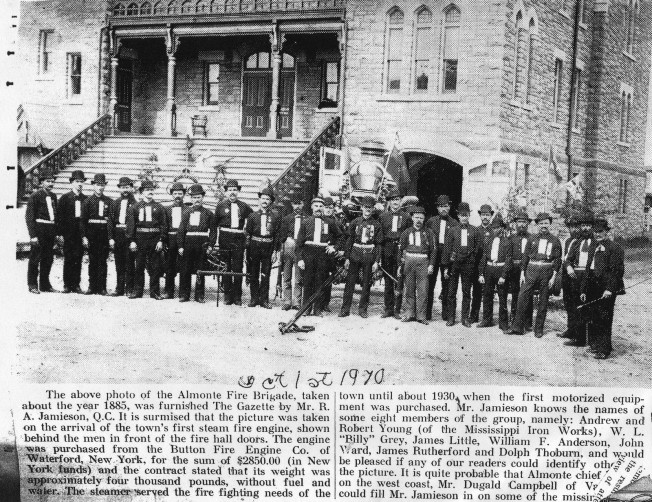 A DISASTROUS FIRE.
The -Willoughby—Illingsworth Brick Block in Ruins. –

Almonte has been very free from fires for some time, and it was a matter of congratulations at last meeting of council when the report of Capt. Young ol the fire brigade, was read, showing that not a single fire had occurred during the year. But now where on Tuesday evening stood the brick block of Messrs; Willoughby, Drynan and Illingworth, at the corner of Bridge and Water streets. Nothing remains but a dismal, blackened heap of ruins.


The fire was discovered about three o’clock on Wednesday morning in the back store of Mr. Geo. Illingworth’s grocery, Mrs.Illingworth being the first to notice the blaze. The alarm was at once given and help was soon on the spot and in a short time the: fire was thought to have been extinguished, and many who had gathered’ on the scene returned to their homes.

The fire, however, seems to have reached the attic of the adjoining building, owned by Mr. J. Drynan, and occupied by Mr. P. Downey as a confectionery and dwelling, and from that it communicated with Mr. W. Willoughby’s building on the corner, and there the family were aware of its proximity when the fire had broken through the ceiling. They were compelled to quit the house with little more than the clothing on their backs, Mr. Willoughby himself being almost overcome by the smoke before he could reach. the open air.  Mr. Illingworth’s family were also driven forth in equally as hasty a manner, with little time to save anything. 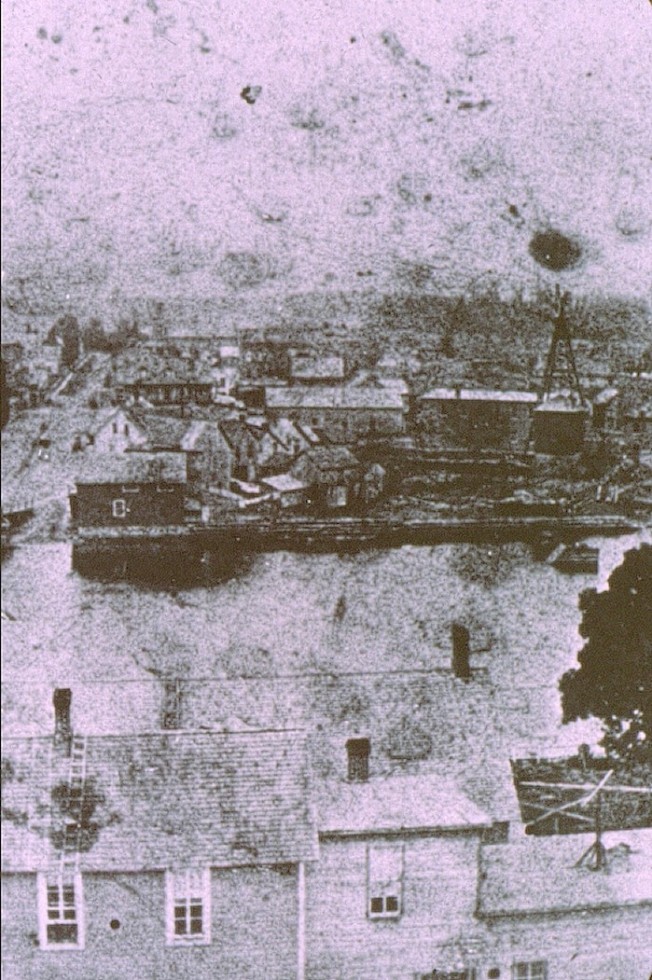 No date–land across the river occupying buildings before town hall was built–almonte.com

The firemen worked heroically, but with the fire underneath the iron roof it was a most difficult problem to handle, and it was impossible to save the buildings, and so quickly did the smoke and flame envelope the whole structure that there was no chance to remove the contents even on the ground floors.

Mr. Downey was fortunate in getting out the most of his belongings, but Mr. W. J. McDowall, who had removed from the building only a few weeks ago, lost considerable stuff he had stored in the back premises.

Mr. Willoughby has already been endeavouring to get another store in which to open up again, but so far he has been unable to procure one. Business stands are scarce and not easily obtainable at present.

In Loving Memory of