Did you know Carleton Place’s Albert W. Cram was a very busy man from early Spring to Fall around the Lanark area? He had most of the contracts for our road systems in the area. Cram was proud that he had ‘the complete outfit’ of up to date machinery and equipment.

From the Kings Highway

Highway 15 was first designated as a provincial highway in 1920, although its original route was quite a bit different than the route that we are familiar with today. Originally, Highway 15 ran from Seeleys Bay northeasterly towards Smiths Falls, where it turned northwesterly to Perth. At Perth, the highway resumed its northeasterly route towards Carleton Place and Ottawa. The highway was extended from Seeleys Bay southerly to Kingston in 1921.

The route of Highway 15 remained largely unchanged until the late 1950s, when extensive reconstruction took place on Highway 15 between Perth and Stittsville. This section of Highway 15 was selected to be a section of the Trans-Canada Highway, and it was determined that a new alignment would need to be built to bring the highway up to standard.

The original highway alignment via Ashton Station Road, Flewellyn Road, and Huntley Road was bypassed by a new straighter alignment in the late 1950s. A bypass was completed around Carleton Place in the late 1950s. The old alignment of Highway 15 through downtown became Highway 15B. In 1961, a major highway renumbering took place that saw Highway 43 extended westerly from Smiths Falls to Perth.

Above – Outdated railway subway on Hwy 29 (later Hwy 15) in Smiths Falls in 1958. Narrow, low clearance railway subways such as this one were quite common on Ontario’s highways until the 1960s.(Photo courtesy of Ontario Ministry of Transportation  –  © Queen’s Printer for Ontario, 1958) The Kings Highway 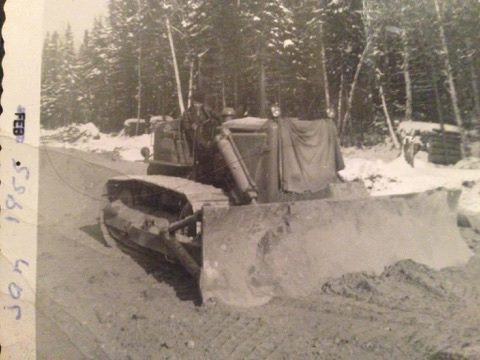 IN discussing Highway 15 farther down the reading list today Ted Hurdis mentioned the old road was behind the KIA on Highway 7 behind the MTO onHIghway 15— I went up to where the trailer place used to be and was not happily received.. trust me.. so I left and wandered around. MTO was closed so I went down on the next right after that.. and low and behold found what looks like a trail.. but I am sure it was the old highway 15.. as the road was cut off by a street and kept on going and you could see the rough paving in places and went off into the bush. It is definitely overgrown but I am sure this is it.. or used to beHighway 15

Something Really Spells Funny on Highway 7

Breathtaking Bargains and Jukebox Favourites at The Falcon on Highway 7

Sentimental Journey Through Carleton Place — Did You Know About Sigma 7?