courthouse and jail in Perth

Malcolm Taylor, No Visible Means of Support, sent to gaol 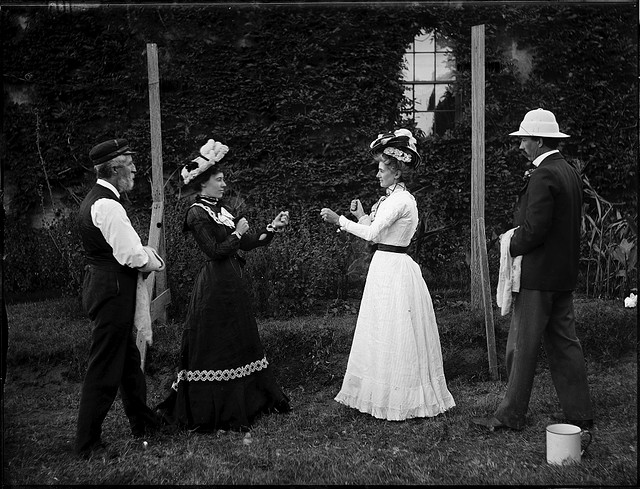 Bridget McNee—The irrepressible Mrs. McNee, after raising a row in the streets a short time ago, for which she was sent to the lockup until she sobered up, was shipped off by the Corporation to other parts on Saturday last.  Chief Constable Corry was employed as a shipping agent and accordingly escorted his fair charge as far as Brockville but farther than that Mrs. McNee positively refused to go.  Accordingly, he had no other alternative then to let her stay where she was.  As all her earthly possessions—furniture, clothing, baby, etc., were shipped off with her, her return here is not anticipated for two or three days at least.  Since writing the above, sure enough, Mrs. McNee has got back again bag and baggage, and baby, having been taken with an attack of homesickness which necessitated her early return.

Acquitted—We learn that Mrs. Elliott submitted to trial by Judges Frost and Fontec (?) for stealing clothes from a line in Mrs. Henry Baird’s yard, has been acquitted by the judges as the articles were still on the premises and she was not seen to take them so the law could not regard it as a proven case.

We believe that our excellent street inspector Mr. Jas. Wilson has been appointed to the office of Chief Constable of the town.  A vacancy had been created by the removal of Mr. John McLaren to Perth some time ago. We hope that Mr. Wilson will without fear or favor faithfully and honorably perform the duties of his office.