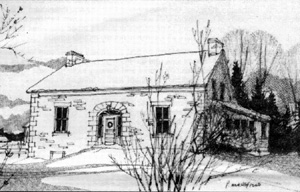 Your Historical Fact of the Day–James Black Homestead, half hidden behind mature shrubbery at the intersection with the 7th line of Ramsay. This small but handsome stone home was built in 1852 by James Black and his wife Janet, on the land allocated to his father, Walter, some thirty years earlier. Walter Black, a wheel-wright by trade, left his home in Dumfrieshire, Scotland in 1821 to come to Canada as a Lanark Society Settler. In 1821 he was allocated the 100 acre parcel on which the James Black Homestead now stands.

Almonte Gazette--IN 1868 While drilling a well on the farm of Mr. Peter Young, 7th line, Ramsay, Mr. Chas. Tweedy struck a vein of rock bearing gold. He thinks it is there in paying quantities, and a former California gold man says the stuff is the pure metal. Now the people of this vicinity have room to think that this district will prove to be the Canadian El Dorado. (*Author’s Note-the lead mine was on the Ramsay 4th Line) 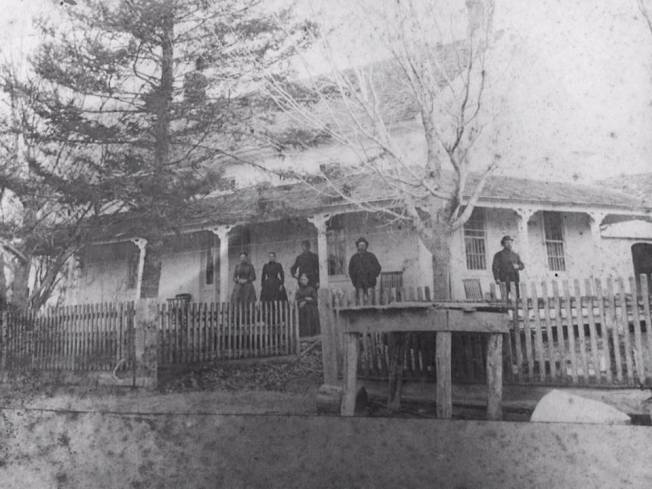 The seventh line of Ramsay contained William Cobb, John Bowes, Walter Black, John Steel, Lachlan McLean, Neil McQuarry, Robert McLaren, James Bowes, Jr., John McPherson, John Gillan, James Stewart, John More and James Patterson. Lachlan McLean from Old Kirkpatrick, New Glasgow, was possibly the first poet Ramsay Township produced. His “The Dalshooie Feast” was widely known in his day. James Patterson was one of the earliest tailors in Ramsay, having to travel to Brockville to obtain thread during pioneer days. It was said he sometimes had to use the bark of the “mouse­wood” tree as a substitute. The bark of this tree was also used for bag strings. ( Mousewood” = Dirca palustris a.k.a. Leatherwood-thanks Cp Gardener)
https://en.wikipedia.org/wiki/Dirca_palustris

Another historical note: In 1901 About sixty neighbours helped in the raising of a barn of forty feet height at the farm of John McArton in the sixth concession of Ramsay near Carleton Place. 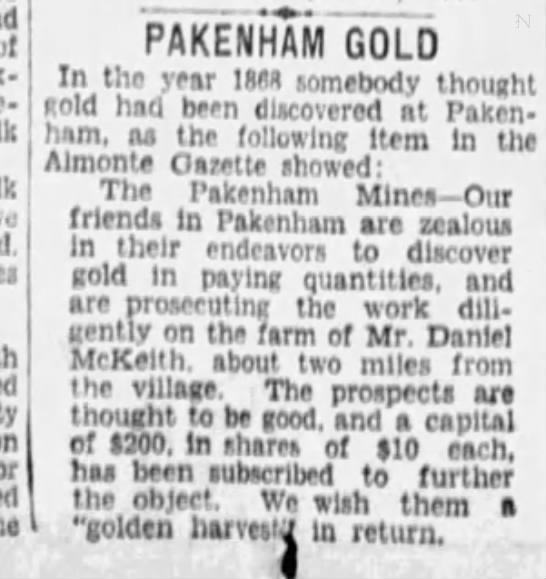