Years ago two of three well known brothers which once resided on the 9th line of Beckwith started out from the town of Carleton Place in their gasoline powered dory to their camp at the upper end of the second lake.

It was a little foggy at the time, but when they passed *Rocky Point a very heavy fog settled in and made navigation tough. Shortly after the two finally realized they were lost, but decided to go ahead until they struck some shore. Finally they hit something which they figured was a swamp. Not knowing exactly what location they had bumped into the lads decided to wait until  morning when the fog lifted.

When it became clear they were shocked to find out they were down in the bottom of McGibbons’s Bay. Did they really drift that far? Some say they forgot to shut off the engine and it still kept turning until the gas tank was emptied.

Believe it or not! 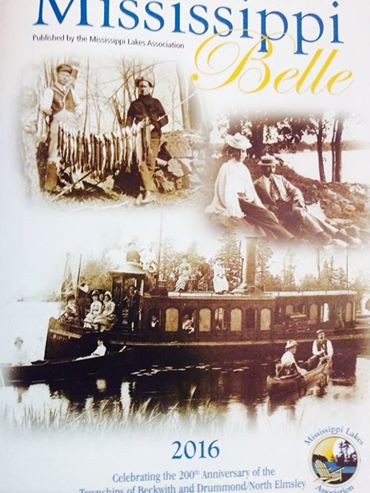 *Rocky Point is a point in Ontario and is nearby to Dixon Point,Allans Point and Lake Park. Brown’s Point, the upper end of Lake Park, formerly was called Round Rocky Point, after the long favoured duck hunting Rocky Point beside it across the Hotel Bay.

N.B.Farther down the Middle Lake, Morris’ Island is named for the family of Joseph Morris who settled on the lakeshore there opposite Squaw Point in 1821. The next lakeshore farm, at McGibbon’s Point, was John McGibbon’s home for sixty years, and was owned by three generations of the family.