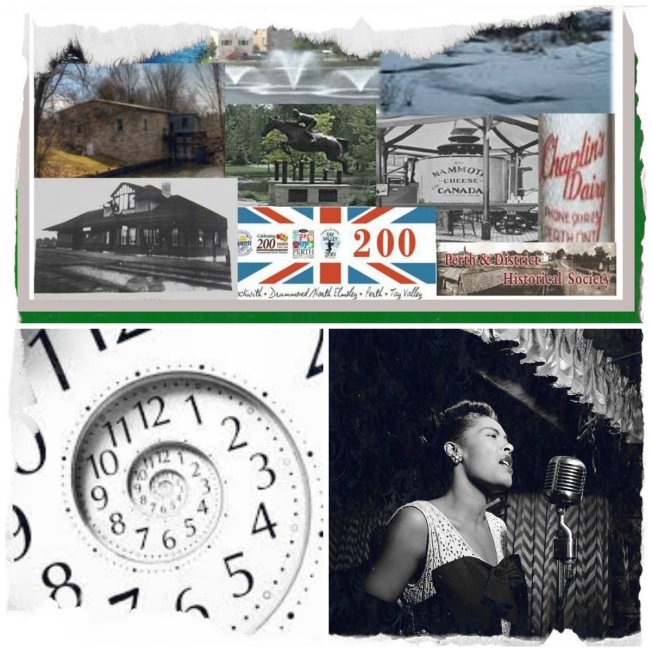 Does time travel exist?  It’s up to you to believe what is true or what is fiction. This is a true story of what happened to me a few years ago in San Francisco.

Last week as I sat down to enjoy a few minutes in the sunshine I met Billie. She was tall, had short cropped hair, and a white baseball cap on. Billie seemed to be the leader of the pack and also very high on something. It was almost like she felt no one else was there. She got up suddenly and started belting out the song “God Bless the Child.”

I knew it was a Billie Holiday song, and I was amazed at the performance she and her three back up girls were giving to the gathering crowd. She was Billie, no doubt about it. After the song, she sat down all out of breath and smiled at me as I gave her a dollar. I asked her how long she had been singing and she wiped her brow and simply said,

Suddenly she threw a bag at me and told me to look in it. I had no idea what might be in there, but I was intrigued. I used to collect and design clothes so I know vintage when I see it. Inside the bag was an incredible gold 1930’s evening dress. It was moth eaten and it could have used some Febreeze, but I was blown away. I asked her where she got it and she smiled. She told me she had worn it the pervious night singing with Count Basie.

I saw a small thin silver cylinder her friend was trying to hide and I knew they were high on crack. Sweet Billie was still talking plain as day like she had not consumed a thing. She told me she was a time traveler and that she was only here for the day. I heard all about her life and that her mother had pimped her out when she was young. She eased in and out of sentences about being in jail, and how she sang with Benny Goodman. I didn’t know much about Billie Holiday’s life but the words flowed with great sincerity.

I asked her how she time traveled and she smiled. She told me that when she feels time pulling her down she takes the subway train. Within the six minutes the train goes under the bay through the tunnel she is sucked into time by the volume of the noise. Being a huge fan of the late TV show Lost, I never doubted her for one minute and I don’t know why. She took her cap off, smoothed her hair down and took my hand.

Billie asked me if I would come with her through time later on as she was going to open Carnegie Hall the next night. Billie said she would not come back for awhile because the police were looking for her and that is why she was wearing a baseball cap. I was told they would eventually catch up to her next year and would arrest her at the Mark Twain Hotel.

I had stayed at the Mark Twain Hotel in San Francisco almost 28 years ago. It was in a pretty shady part of town, but I remember that big red stripper’s Ottoman in the middle of the lobby like it was yesterday. I wondered what the Hotel had looked like in its heyday and who I would have been had I time traveled like Billie.

“So you sure you aren’t coming?” she asked me.

I told her I was busy, but maybe some other time. With that she smiled and went back to the centre of the plaza and sang another tune with her girls. I saw the flower man and I immediately had an idea. I crossed the street and bought one of the dollar gardenias that were floating in a white plastic bucket. Billie had just finished her performance and I handed her the flower.

I smiled and told her,

“Billie, this for your Carnegie Hall Concert tomorrow night.”
She ripped her cap off and put it in her hair and said quietly,

“Thank you Mam, I will cherish it forever because I will always be the lady who sings the blues.”

Ever Wanted to Time Travel? Here is Your Chance–CLICK HERE!  June 4th!!