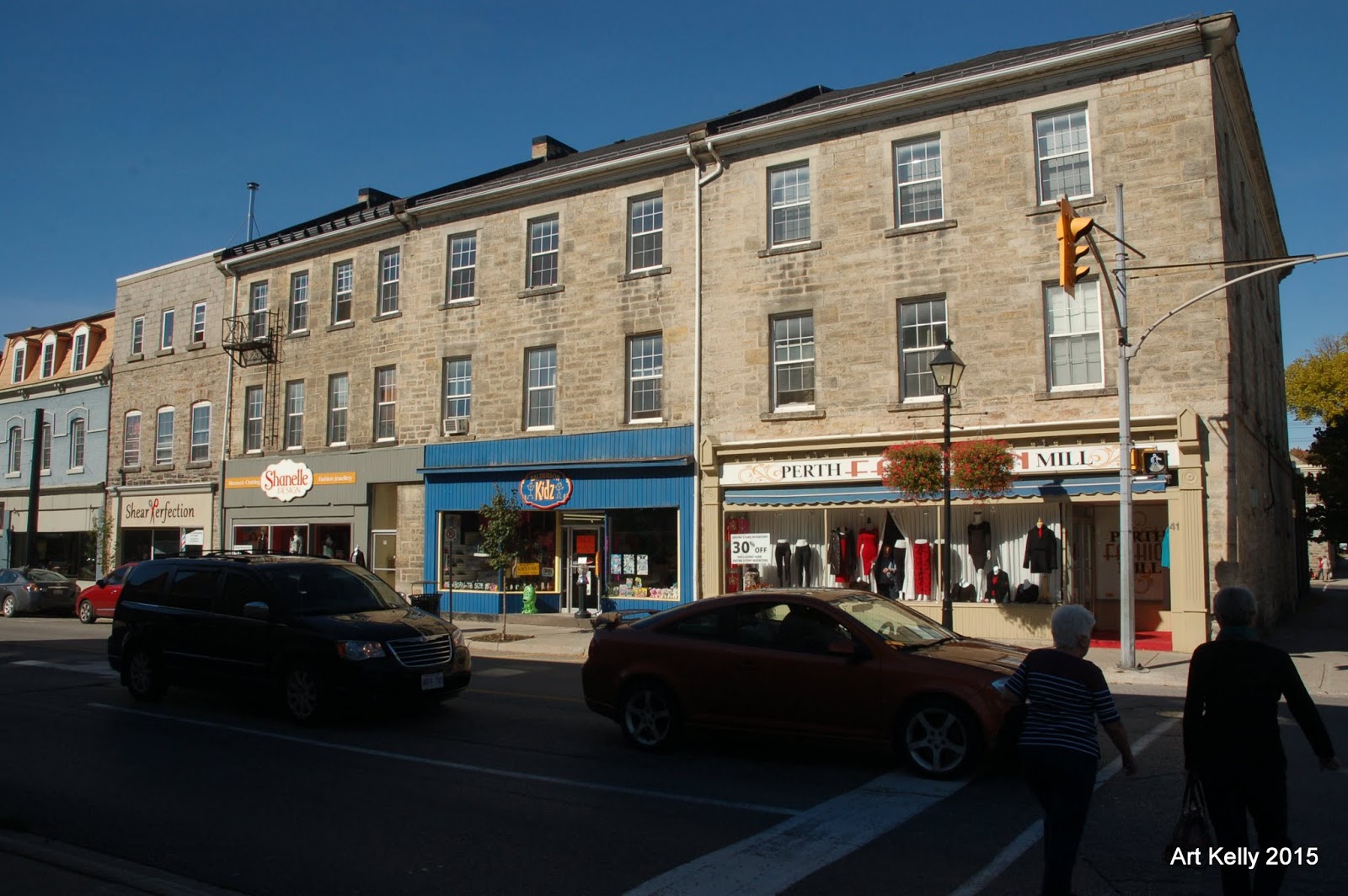 Pre-1830-Citizens would have to travel 25 miles to the post office in Perth to send a letter. At the time Perth was the administrative centre in the region.

1830-The first postmaster in Carleton Place was Caleb Strong Bellows who operated the post office out of his private store across from the present day Town Hall.

1915: First Mail delivery to the Byrne homestead, Wayside.The identification about this photo was written by Harry Byrnes. It along with the Wayside football fellows photo and another I haven’t posted, of the Byrne Homestead are not great images. I would love to have clearer ones but am pleased to have these from the late Harry Byrnes, son of William Byrnes in the photo. Harry was my 1st cousin 1x removed.

1834– On April 7th the postmastership passe from Bellows to Robert Bell. As the second postmaster, Bell operated the post office out of his private store on the NE corner of Bridge Street and Bell Street intersection. 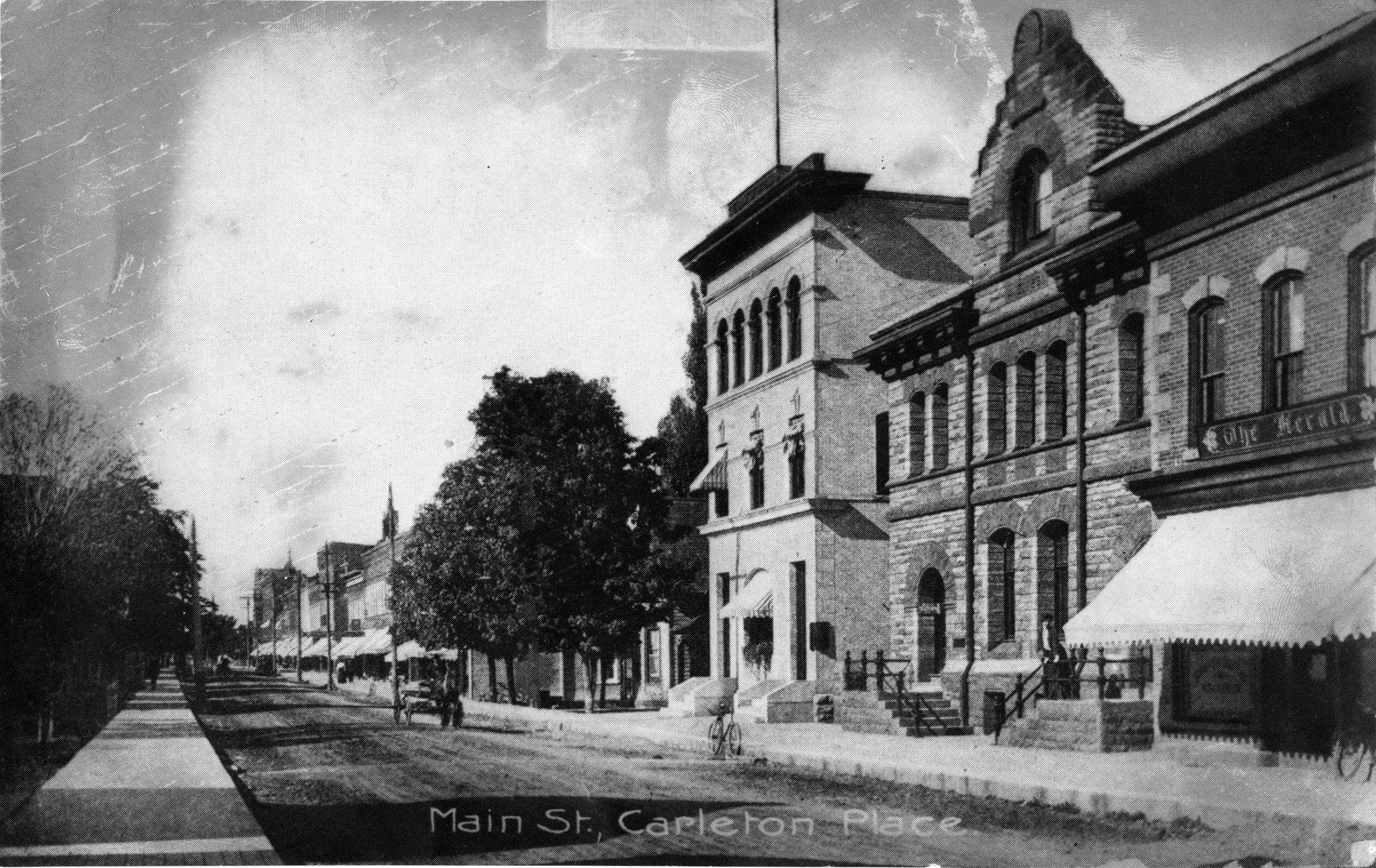 1854- The third postmaster of Carleton Place was Duncan Campbell. It is somewhat unclear as to where he ran the post office from. It is speculated that it was in a  location near St.James. 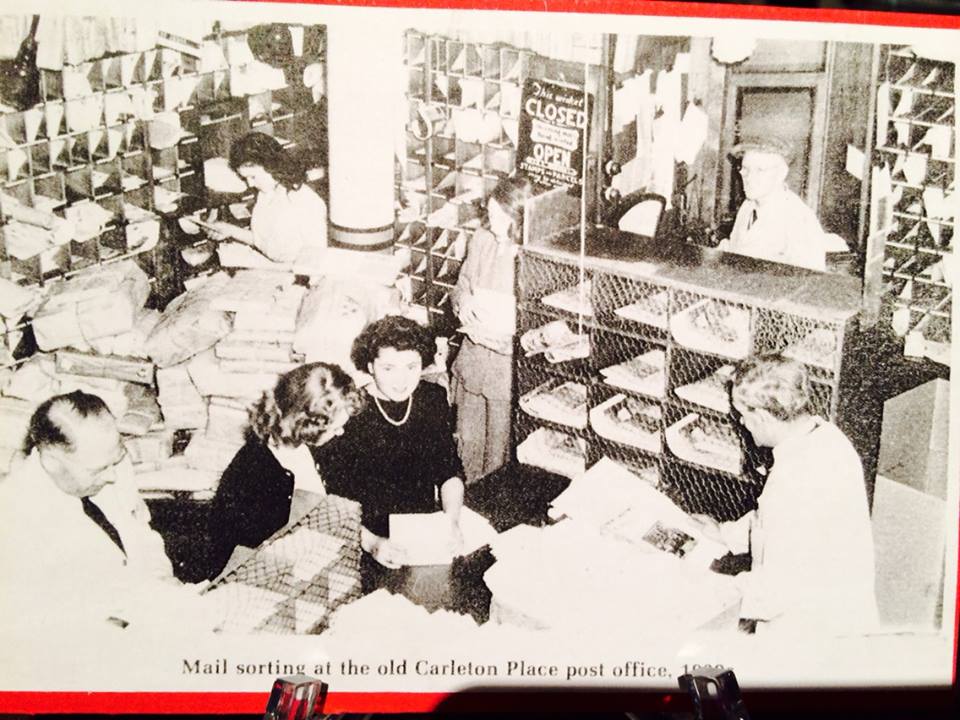 1860- On April 1 Postmaster Patrick Struthers took charge. Struthers had the post office in three locations, first on Bridge and Bell and then in 1870’s he moved it across the bridge to the NE corner of Bridge and Franklin.

As Time Goes By — The Old Post Office Clock

My Baby, Just-a Wrote Me a Letter– The Carleton Place Post Office

Memories of Carleton Place — The Roxy and Marilyn Monroe