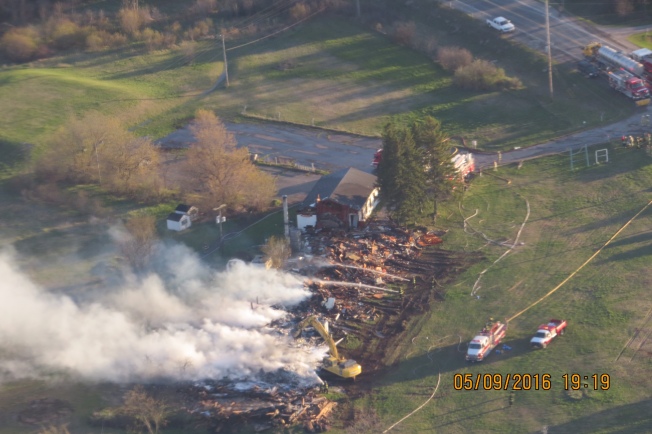 Thanks to Carole and Bill Flint for these fabulous pictures.

The Olde Barracks was built in 1962 to serve as a bomb shelter for federal employees. The building was built to withstand a bomb and the foundations were said to be able to last at least 200 years. The building also served as a communications centre for the military. Even as construction of the Diefenbunker began, COG planners clearly realized that the new complex would be too small to accommodate the required number of essential emergency personnel, since the search for alternate accommodations began almost immediately.

A separate but related requirement was space to stockpile supplies for the relief of civilian evacuees from Ottawa in the after math of a nuclear attack. To minimize costs they considered basements in existing buildings such as schools, churches and community centres. Closer examination showed most of these buildings to be too crowded or already in use, so EMO decided to construct two entirely new buildings for this purpose, called Federal Readiness Units, in Kemptville and in Carleton Place.

“Everywhere are evidences of the continuous underground, cancerous movements of Communism … Only eternal vigilance can protect us against Communism and its infiltration into our way of life.” – Canadair advertisement, 1955

Basement space in federal buildings in Smiths Falls was reassigned and the access tunnels filled in. Only the Kemptville and Carleton Place sites managed to survive. Government reports from 1968 reveal that by then, both buildings, or at least their basements, were showing unmistakable signs of neglect. 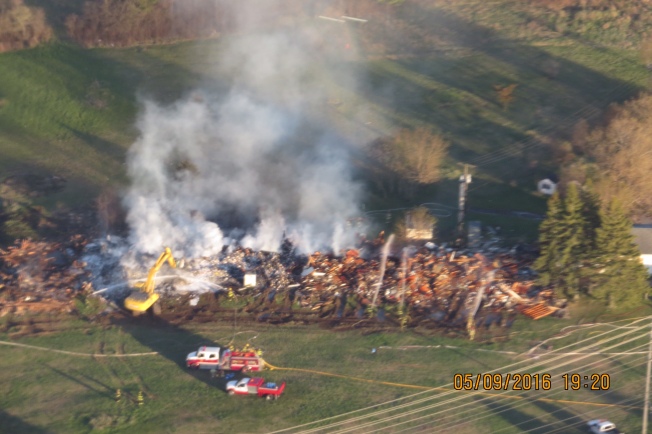 Magic Mountain, set on the grounds of the Royal Air Force’s Alconbury base in the flatlands of eastern England, was given the protected status because it reflects the “determination to continue operating even in the most extreme horrors of a possible nuclear holocaust.”

The determination of our Carleton Place cold war bunker tried to weather the years, but after yesterday’s fire now all is lost.

“The horrors of the Second World War, the chilling winds of the Cold War and the crushing weight of the Iron Curtain are little more than fading memories. Ideals that once commanded great loyalty are now taken for granted”.— Jan Peter Balkenende

Tim Campbell (Beckwith Councillor and Historian) It is a piece of Cold War history that just went up in flames. When the Comrie Pipe Band came over in the mid nineties, we put them in that building. I remember that whenever somebody took a shower, it set the fire alarm off. I remember working with my wife, Joyce Tennant, Ron and Barb Goebel to try to clean that place up before the guests arrived. Quite an effort.

Was it Just a Matter of Time? The Old Barracks