Years ago worshipers from as far away as Goulbourn Township walked to the Presbyterian Church hidden away on a dead end road on the 7th line. The church built  in the 1830s after Scottish settlements began in the area in 1818, was originally a log cabin. 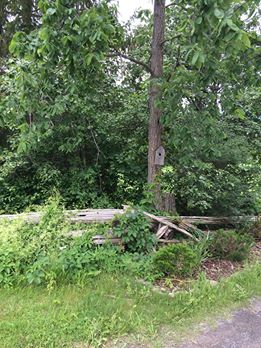 Every Sunday some of the church-going walkers would cross the Jock River and swamp in their bare feet to attend services. It has been historically noted that the parishioners would use an oak tree near the church  to steady themselves while they put their shoes back on before entering the stone church called “The Kirk of the Cross Keys”. 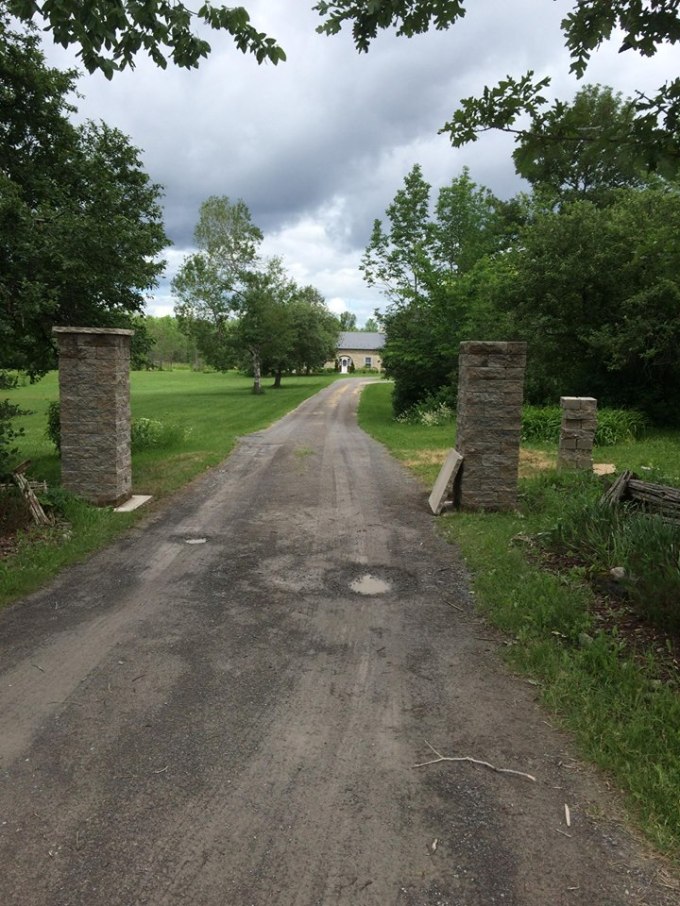 The manse which is located on Beckwith Councillor an historian Tim Campbell’s farm once was called located on a ‘glebe’ of 10 acres. It was  built in 1834 and originally owned by the Presbyterian Church. Reverend John Smith from Cromarty, Scotland was the very first minister and lived there until 1851. In 1878 it was sold by the church to Elias Code for a mere $1,450, and when Elias died it was left to Solomon E. Code in 1891.

Miron Stern bought the manse in 1910 but it remained unused. A gap of ownership occurs in the records, and it wasn’t until the 30s and 40s that the Stanzel family was noted as residing in the house 5 miles south of Highway 29. During the next twenty or so years the manse was rented out to transient families and in the 50s it  was covered with what resembled stucco. It wasn’t until 1964 that Mr. and Mrs. Trygve Ringereide bought it, but by that time the house had disintegrated to an almost derelict condition.

When Mabel Ringereide took over the home in the late 60s major renovations and restorations were required. It was almost impossible as the windows were all broken and many small animals and birds had taken over and called it home. The Ringereides knew the home had four fireplaces, but the only indications were the Victorian mantles which they quickly removed.  The cooking fireplace  with its slab hearth and primitive stone facings  was now a historic gem in the new larger family kitchen. Raising the floor was also necessary to accommodate more space in the basement for heating units. Building a new open staircase was a necessity as the original one was too far gone to consider restoring it.

Three bedrooms and a bath exist upstairs with an extra bedroom over the kitchen wing. The fanlight still exists over the front door and still shows traces of the buttermilk stain. The windows were also replaced with 24 paned glass complete with inside shutters.

When my home was destroyed by fire I stood determined not allowing the restoration company to replace the original woodwork and sell it to a surplus company. Ringereide too realized the house had to be stripped to the rafters, but some of the original beams were retrieved and the ceiling now have golden beams. The Ringereides and now the Campbells unlocked the fullness of life of the old manse.  The manse became a home, a stranger into a friend and it now  finally speaks for itself.

Corry Turner-Perkins —My dad lived in the Manse in 1957-1960 when he was 5 and his family moved to Beckwith. My grandpa was John Turner, he worked for the town for 25 years, grandma was Roberta (Bobby ) and my dad is Dave and his sister Gypsy.

UPDATE.. The Perkins and Campbell family did meet on Sunday and reminisced about the house.

The Carleton Place House with the Coffin Door

The Carleton Place House That Disappeared

The Louis on Sarah Street for $43,500 — Before and After– Architecture in Carleton Place

So What Happened to The Findlay House Stone?