I know that some have walked alone on warm and cold nights, while gently waking frozen or slushed lines that are pouring golden liquid. 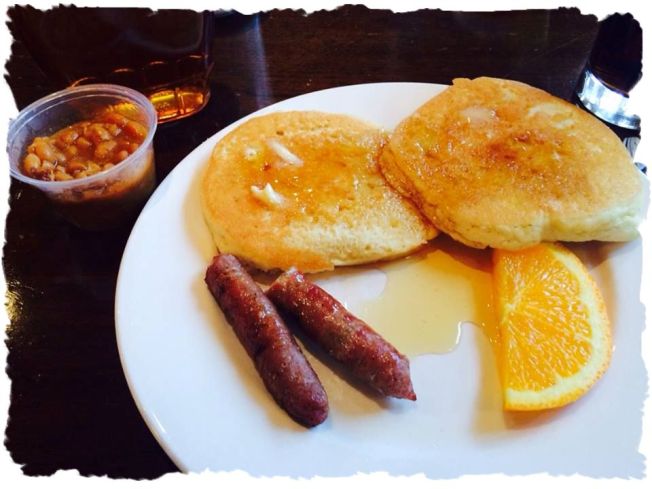 At Temple’s I find things made with love by someone who had been up at the crack of dawn making pancakes.

Outside the air is crispy, like the bacon, and now my journey on the road ahead brings rain,

Out of the corner of my eye I spot her. She seemed to smell like waffles and maple syrup,
and looked like a maple leaf, red, rusty, spinning, floating through the now damp air.

Under her feather umbrella the sugar bush fairy was slowly licking the red top off the maple syrup bottle with maple syrup kisses. No one tried to catch her, as one might only seize her with smoke magic in moonlit parks while shimmering indigo stars dance around her.

As if my life is captured in a raindrop caught with the wind I too drift away like the sugar bush fairy. My tired eyes are now focused on the road.

Inside we drank coffee and ate steaming waffles,
While outside the gray fog draped itself–even over our minds,
Painting things in a sweeping grey that glistens in the sunlight.

A lesson lived,
A lesson learned,
We can’t live on love alone– but maybe, just maybe, life can be lived on maple syrup and sugar bush fairies.

THANK YOU to the staff of Temple’s for the great meal, and hugs and kisses to Moira Wilkie