Please note–Trying hard here to piece things together– but if their are any errors, omissions or additions, please tell me.

The Aitkenhead Scotch Bakery in Ottawa was owned by Scottish immigrant George Aitkenhead in the late 1800’s- early 1900’s. It was situated on McLaren Street until the great fire of Ottawa/ Hull and then moved to Bank Street. After he moved to his new spot business was not great, so he moved out west. His son Robert moved to Carleton Place to 20 Frank Street and Robert Jr.later moved to Almonte. 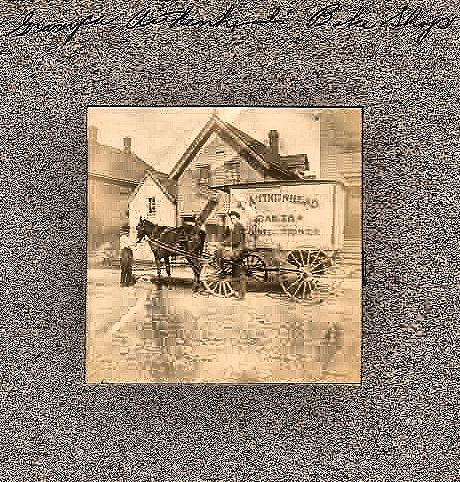 The North Lanark Regional Museum has absolutely nothing on The Almonte Bakery and is excited to get these for their archives. I could not find a mention anywhere until Lanark County Genealogical Society president Jayne Munro-Ouimet sent me a message today.

“Linda, you mentioned this family moved to Almonte and opened a Bakery. The bakery was located on Queen St and right next door to the current Menzies House Bed and Breakfast . The bakery was on the first floor and the Atinkhead’s lived upstairs. As a youngster Saturday morning trips from our Ramsay Township Farm to Almonte for Fresh Bread and ooh those famous “Butterfly Buns” will never be forgotten. Today many years later, I still remember that bakery’s smell of cinnamon and fresh bread… Makes me homesick when I walk past those St. Cinnamon shops in the big city. Mrs. Atinkhead should have taught the St. Cinnamon bakers how to bake!” 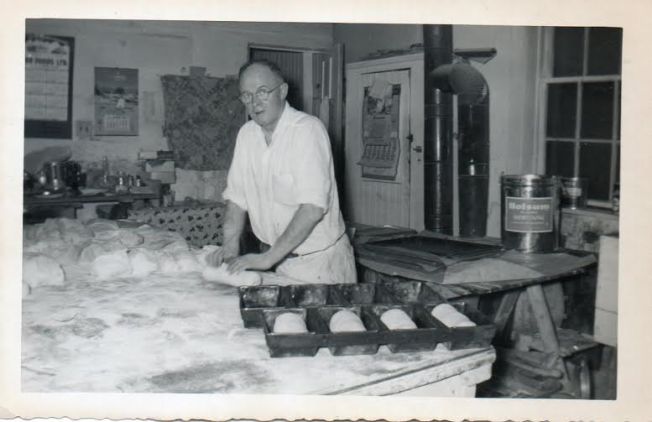 Aitkenhead – The Almonte Bakery Ontario,Queen Street 1969 (Look at the building across the street)

I try and save old photos after I share them with the world as I feel no one will appreciate them if they sit unseen. If you read My Family in a Box story those pictures are now in the save keeping of Archives Lanark.

The Aitkenhead Family at 20 Frank Street in Carleton Place

No Banker Left Behind – Bank of Montreal Almonte Photos

*Jaan Kolk— Linda, the early genealogy and Ottawa history in your article is a bit off. Robert Stephenson Aitkenhead (~1901-1978), father of Mildred (Mrs. Roy Woodcock) was the son of David Aitkenhead (~1863-1945) who came to Ottawa from Scotland in 1887. Both David and a George J. Aitkenhead operated bakeries separately in Ottawa 1899-1908, and I believe they were related. They appeared in Ottawa about the same time, and David also named his other son George J – but I have not found a close family connection. See also my comments where your photo is shared on Lost Ottawa‘s timeline. Here is the obituary of Robert Stephenson Aitkenhead from the Ottawa Citizen, July 3, 1978:

Here is a more accurate history of the Aitkenhead bakers of Ottawa. About 1887, two brothers David Aitkenhead (1863-1945) and George Jeffrey Aitkenhead (1859-1940) emigrated to Ottawa. They were sons of retired Glasgow baker Alexander Aitkenhead. Both worked innitially for RE & JC Jamieson, Grocers and Bakers. Each operated a production bakery in Ottawa beginning about 1899; David at 95 Turner (now Cambridge St) and George at 517 Mcleod. Each also had a storefront confectionery on Bank St. at different times. It was George’s shop at 217 Bank St. 1906-1908 that was called “Aitkenhead’s Scotch Bakery.” George and his family left Ottawa in 1908 for the US, settling ultimately in Omaha, Nebraska. David remained in Ottawa, and it was the children of David’s son Robert Stephenson Aitkenhead (~1901-1978) who ended up in Carleton Place and Almonte. Mildred Aitkenhead, who married Roy Woodcock of Carleton Place, was Robert’s daughter and David’s granddaughter