In 1857 Crotch Lake caused a flood from the lake to the Ottawa River.  Many of the local bridges across the Mississippi River were swept away, including all three in Dalhousie and one in North Sherbrooke Townships.The flood also washed away the Currie’s Grist Mill at the head of Dalhousie Lake (one of the first to be built and operated on the Mississippi River). Family legend has it that John Currie was so respected by the community that they all banded together to pay to rebuild his mill.

It also wiped out everything along the Mississippi riverbank down as far as Ferguson Falls. Ten people were killed. The only bridge to survive was the Ferguson’s Falls Bridge, and all the other bridges were destroyed from the dam at Crotch Lake to this point. By the 1880s, the rebuilt dams that were used to transport logs began to fall into disrepair as the timber industry declined. 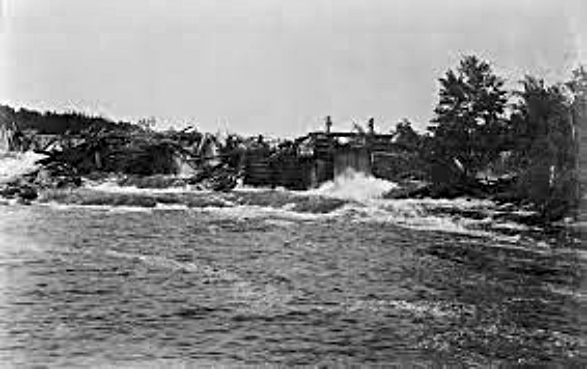 This appears on page 53 of “The Canadian Mississippi River“. The book’s caption reads: ” Crotch Lake Dam. This picture was taken many years ago (From Alex Trombley’s collection).- Charles Dobie Inside the walls of the Crawford Cemetery, Lavant Mill Road  was once the site of the first Presbyterian log church, built on property donated by John Crawford, a staunch Presbyterian, at whose home the earliest services were held. The Crawford cemetery developed around this first church and continued to expand after the new church was constructed in Elphin and the original church was no longer standing.

It is also a burying ground for some of Lanark Highland’s pioneers. James Millar is also buried here who was drowned taking supplies up-river for the re-building of the dam after the Crotch Lake disaster of 1857.

James Millar was married to Elizabeth “Granny Millar” Smith on Apr.5,1842 at Perth, Ontario. James drowned on July 7,1857 while searching for bodies, following the Crotch Lake Dam disaster in 1857. The dam burst while repairs were being made. The resulting flood destroyed bridges and mills all the way down the Mississippi river to Ferguson Falls in Lanark County. 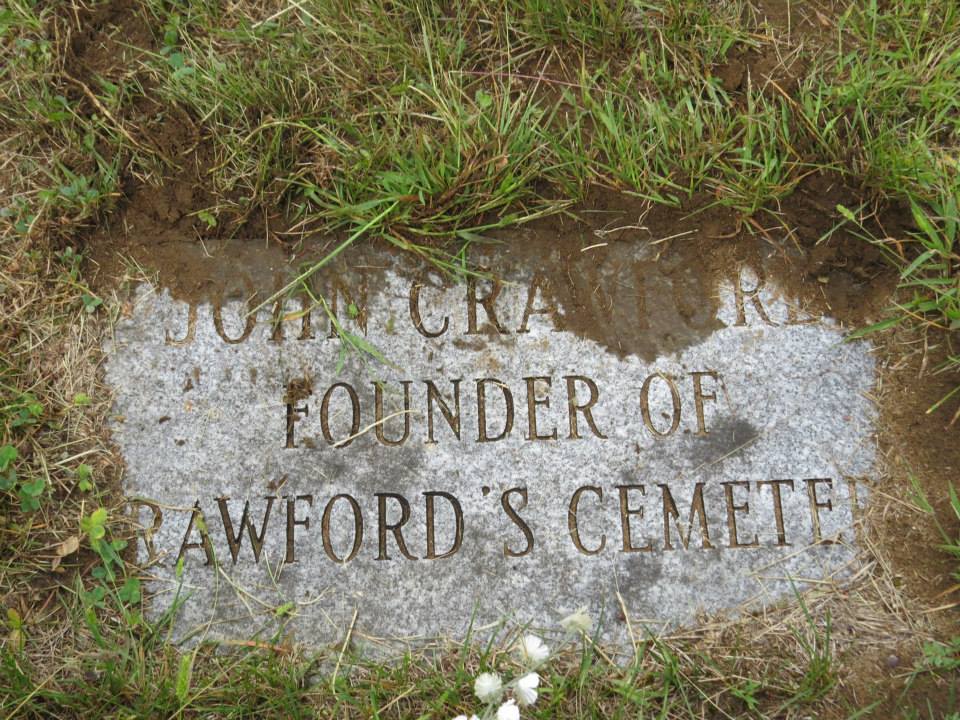