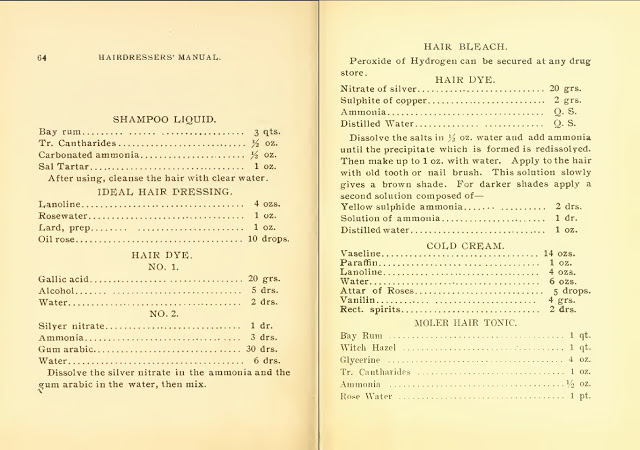 In 1898 the Almonte Gazette reported that a local resident died from dying her hair and this just the week before it had happened in Buffalo.

Edwardian women washed their hair infrequently (by today’s standards) and brushed their hair with with real boar bristle brushes. They put just as much stuff in their hair as we do but they also did things to their hair that we would never do. In the Victorian era hair was considered an important part of her appearance. On both sides of the Atlantic, it marked her status and her femininity.

An important rite of passage for an adolescent girl during this time was the moment she began to wear her hair up. Previously it would have been worn loose or in braids and tied up with a ribbon. The hair was not cut unless absolutely necessary.

As in many societies, religious doctrine was a factor in the policing of Victorian women’s hair, mandating that it be covered or done up, particularly if the woman was married. Letting one’s hair down was commonly seen as brazen and immodest, even sinful. To a Victorian observer, photographs of women with long, loose hair would be particularly titillating. Pornographic even. 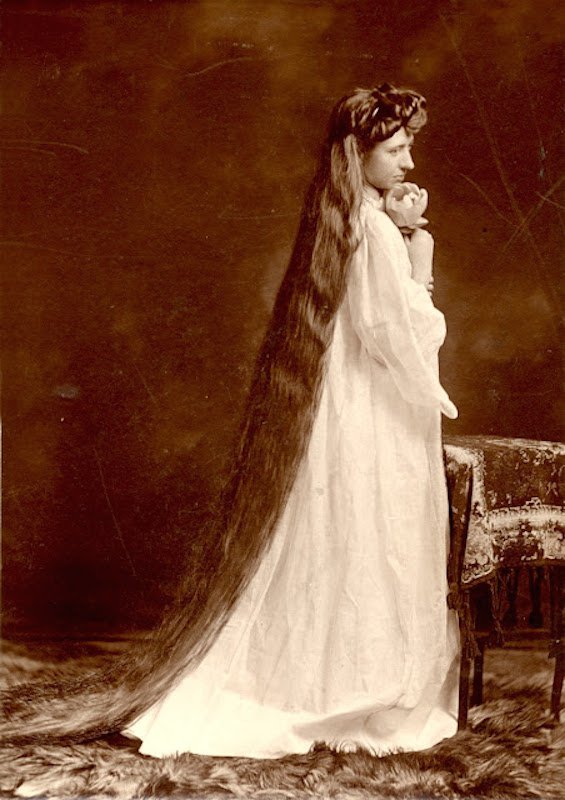 Among the fashionable middle and upper classes of Victorian society, a lady’s hair became the focal point of sexual interest, the primary expression of her femininity. For the poorer classes, maintaining long tresses amid the disease and poor hygiene of the time was highly impractical. Many women resorted to selling their hair for cash — not a problem if they typically wore it short or covered anyway.

But, was none other than toxic ingredients the ladies mixed that sometimes created a fatality in the life of those trying to stay beautiful.