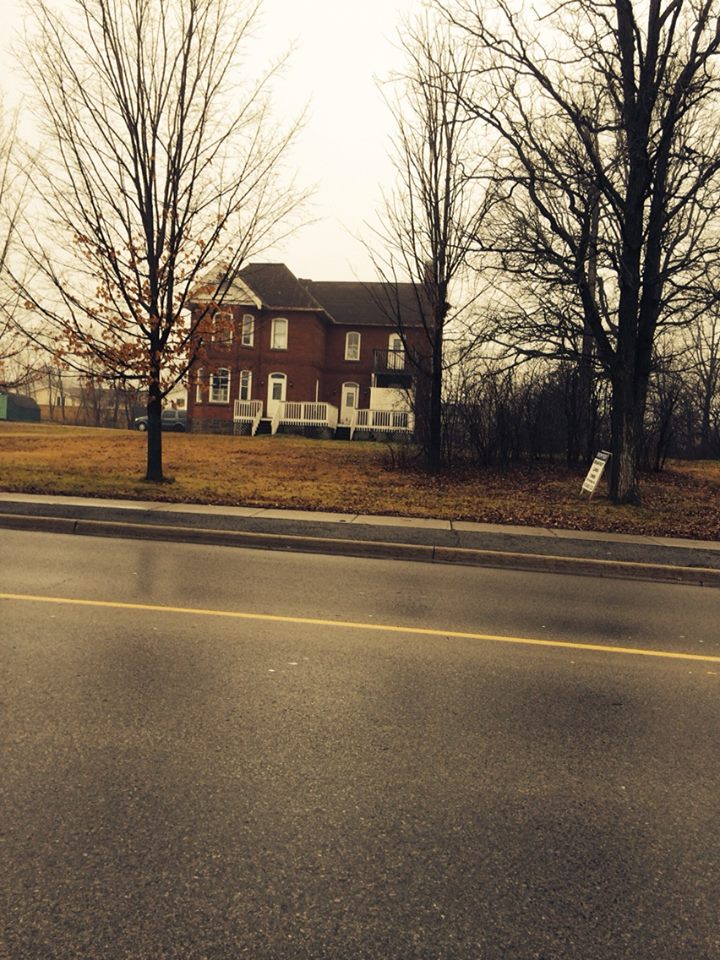 In December I wrote a story called: What Do You Know About this House? It took awhile, but I finally made it to the Ontario Land Registry offices last week in Almonte. So what did I learn? I found out that the original grant of land went all the way down to the Woolgrowers, and through the years piece by piece was severed off. Joseph L. McNeely  is listed as the original owner of the home.

Hi Linda…..I wish my father-in-law was alive…he could tell you all about the McNeely house on Franktown Road…..he was Lorne McNeely and he knew the two McNeely sisters who lived there.  They offered the house to him and that he could pay them whatever he could as they wanted to keep the house in the McNeely but my mother-in-law didn’t want to move out there at that time.  My hubby does remember the sisters living there and that they drove a 1939 Buick.  Wish I could tell you more. 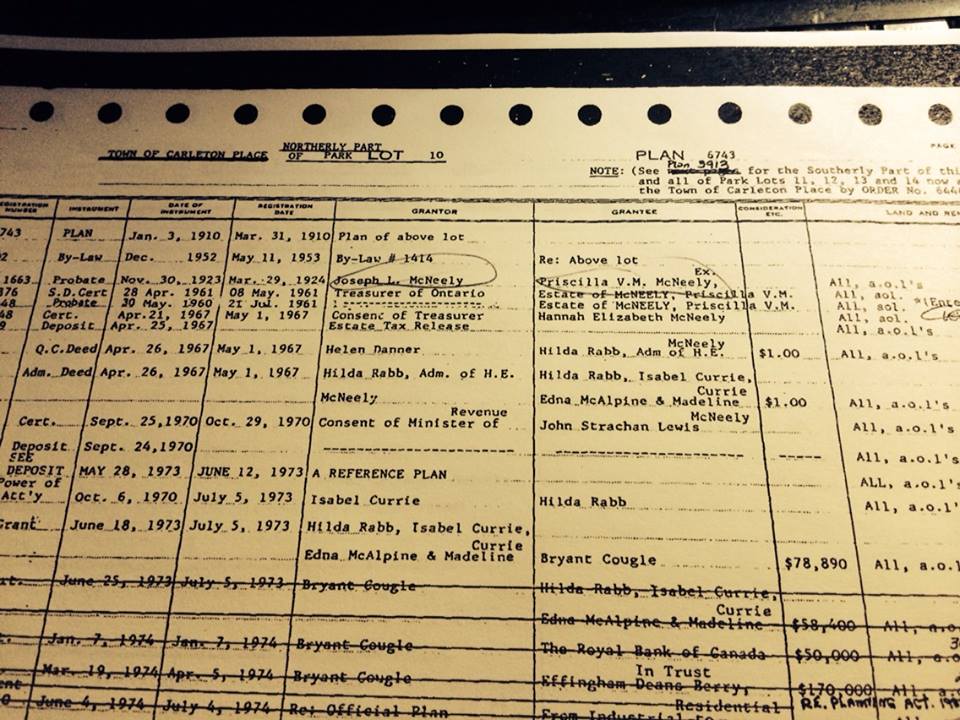 I felt sad when I read another McNeely family had originally owned the former farmhouse. Muriel McNeely Simpson, Howard McNeely’s sister, used to live across the street from me on Campbell Street. There was not a day that did not go by that she did not tell me the story about  her  beloved”McNeely farmhouse” that she was born and raised in. Her home once sat just below about where Mitchell’s Independent’s Grocery now sits. 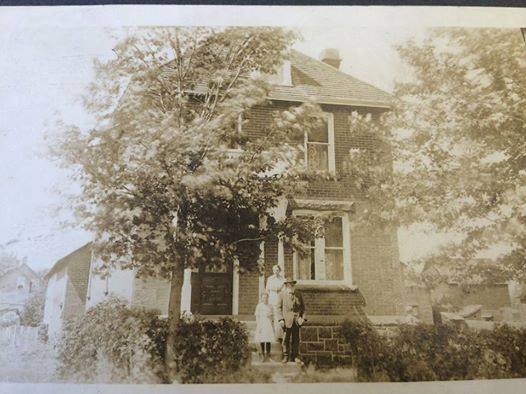 I often heard stories about life on the farm and how every day she got more depressed as she watched the building fall apart from neglect similar to the McCrae farm across the road. Muriel did not live to see the day of box stores and having the new road and bridge named after the McNeely’s, and I often wonder today how often she would be complaining about the new structures. She would probably throw in a “Hmmph” and “For Land’s Sake” in the conversation every 60 seconds. Of course there is no doubt she would throw her hands up in the air and repeat what she would tell the neighbours when we were building the addition on my home.

“Do these people know what they are doing?”

So I felt sad that somewhere down the line another McNeely farmhouse will eventually be expropriated for a sub-division. I know progress is progress– but personally, I would still like to keep history alive, especially since one McNeely farmhouse was abandoned and destroyed for commerce. But, that is just me, and life moves on–I am simply old and too sentimental for some of this stuff.

So what do we know about Miss Prisicilla Victoria McNeely? Not much, and I am hoping some people will remember something about her and the old farmhouse, so we can document it and keep it for posterity.

Gary Box–
This is a wonderful but sad story…..it is one of my favourate homes when I visit CP. We used to call it the “Widow’s House” when we were kids. It should be made a Historic Site!

The Carleton Place and Beckwith Heritage Museum has the following documents in their files. 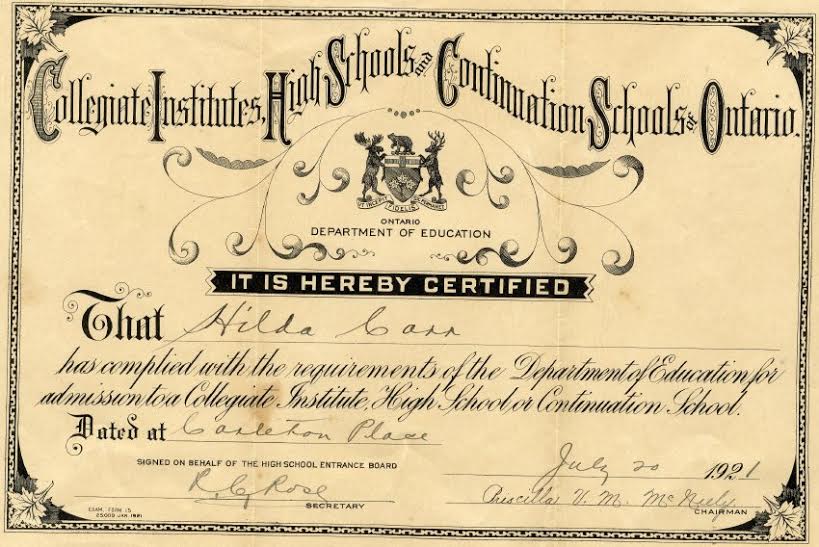 1.      Rectangular paper diploma with writing and illustrations in black.”Collegiate Institutes High Schools and Continuation Schools of Ontario, It Is Hereby Certified That Hilda Cram has compleied with the requirements of the department of Education for admission to a Collegiate Institute, High School or Continuation School. Dated at Carleton Place, July 20, 1921, R.C. Rose, Secretary, Priscilla V.M. McNeely, Chairman“. 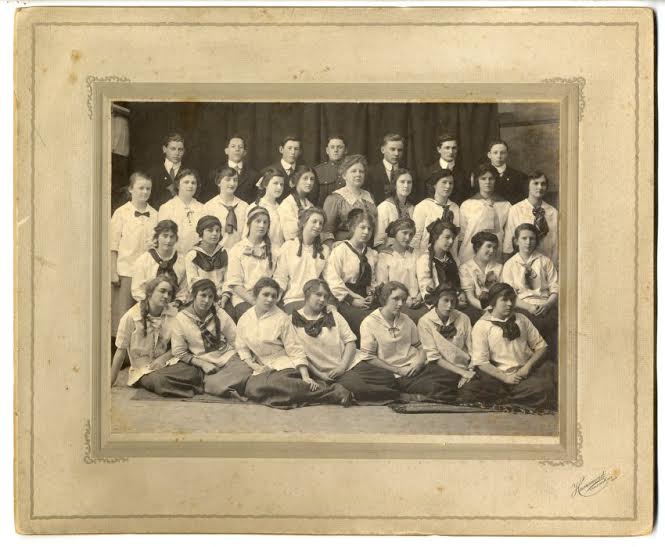 2.       Black and white photograph on grey card backing. It appears to be a school picture from CPHS possibly taken between 1914-15. There are very few boys in the class and one is wearing a military uniform. The photograph was taken by Hammond of Carleton Place.The names listed on the back are: 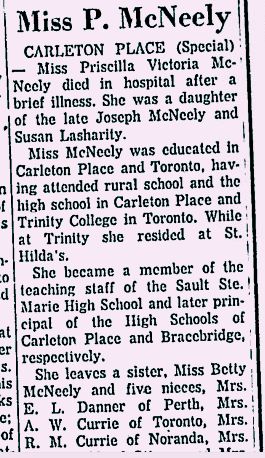 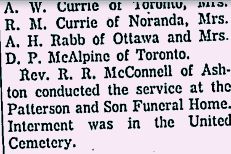 Historical Note: This picture is from the Carleton Place and Beckwith Heritage Museum CPHS 1966 annual– Top row number 5 is my friend Dot Smith. She was the niece of my late neighbour Muriel McNeely and her uncle was iconic Howard McNeely 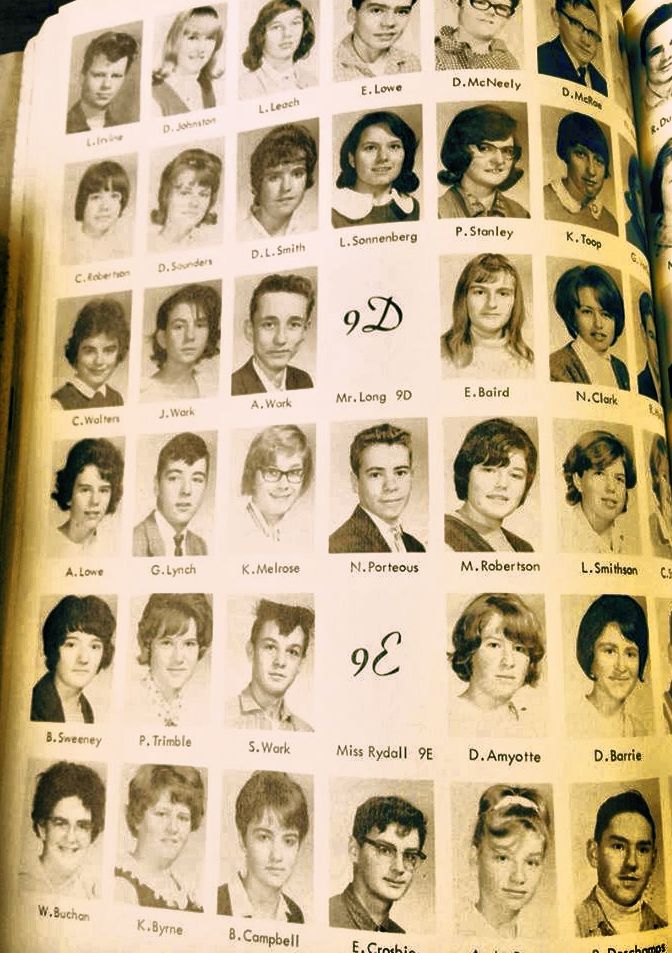