On Thursday morning Miss “Mag” Robinson at whose house in Lanark the lamentable tragedy occurred on Exhibition Day, was brought to town by the Lanark authorities along with six of her children and all were lodged in gaol to put in six month’s confinement under the vagrancy act.  The unfortunate family made quite a show in gaol.

Erected in 1872, the now Victoria Public School served the community of Carleton Place as the Town Hall and lock up until 1879, and as Victoria School  for 90 years until 1969.

Cliff Bennett told the Carleton Place and Beckwith Heritage Museum that his great uncle Harris Bennett was one of the first students to attend the school after it was a town hall. He remembered that the “town lock up” was still in the basement and the local police had to bring prisoners through the front door and hallway, past the school rooms to get to the jail. Some, he admitted, were quite drunk. 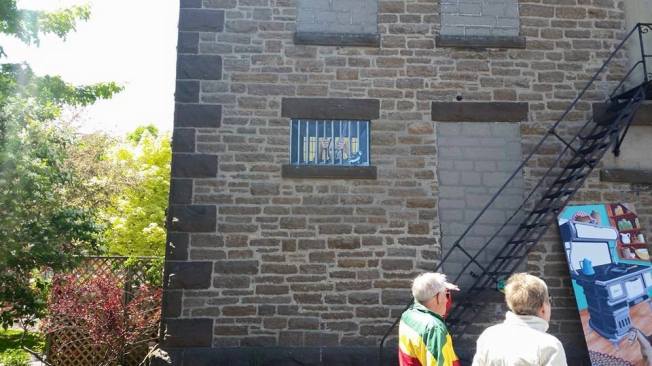