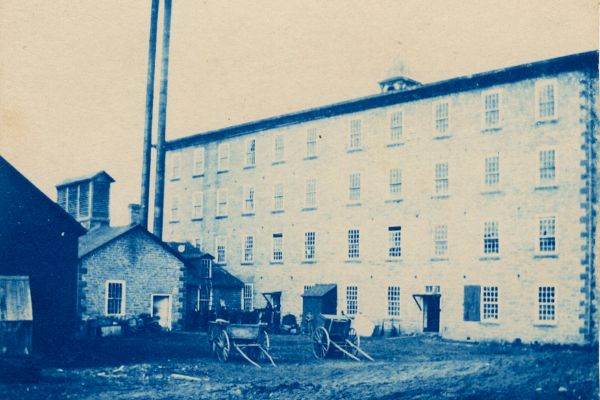 Did you know there’s a historic Carleton Place connection with Air Force One? It all goes back to one of the area’s high-tech giants, Leigh Instruments Ltd., which was established in the town in the early 1960s and became renowned for its high-quality tech products. One of its claims to fame was the production of the aviation-changing crash position indicator, which was a predecessor of the black box. The CPI is a radio beacon designed to be ejected from an aircraft so that it survives a crash to broadcast a homing signal to rescuers.

The concept was developed in the 1940s and ’50s, with production eventually being contracted to Leigh Instruments. Canadian and American air force aircraft – including Air Force One – were equipped with CPI, and by the 1970s it became a standard item on many aircraft, making Leigh Instruments one of the largest Canadian electronics firms until 1990.

One day in 1975 the workers at Leigh instruments in Carleton Place received an unexpected holiday. a phone call was received stating that a bomb had been placed in the building and was set to explode at 3:15 PM. As a precautionary method the employees were sent home in the early afternoon. Members of the Carleton place Police dept and its supervisory staff conducted a search of the building, but they found nothing unusual.

Carleton Place, being Carleton Place, found quite a number of spectators standing outside the building as 3:15 approached, but there was nothing to see. A similar hoax had recently occurred at the Digital Plant in Kanata. This was the first in three attempts  made by someone unknown to police. In April of 1979 charges were brought against a Carleton Place businessman who had orchestrated the whole thing.