Eons ago there was a dumb waiter in the old service kitchen in this wall. The service kitchen was a long extremely narrow room that made no sense. When you opened the over door, you either jumped over it, or stayed put. It was originally an area that complimented the summer kitchens that were on either side of the house at different periods of the home’s life. Both had been torn down when we bought the house in 1981 and we constructed the solarium on the Argyle Street side and a new kitchen on the Campbell Street side. When the master buzzed the downstairs help, everything went upstairs in the dumb waiter. The dumb waiter went up into the maids room so she could serve the family on the second floor. 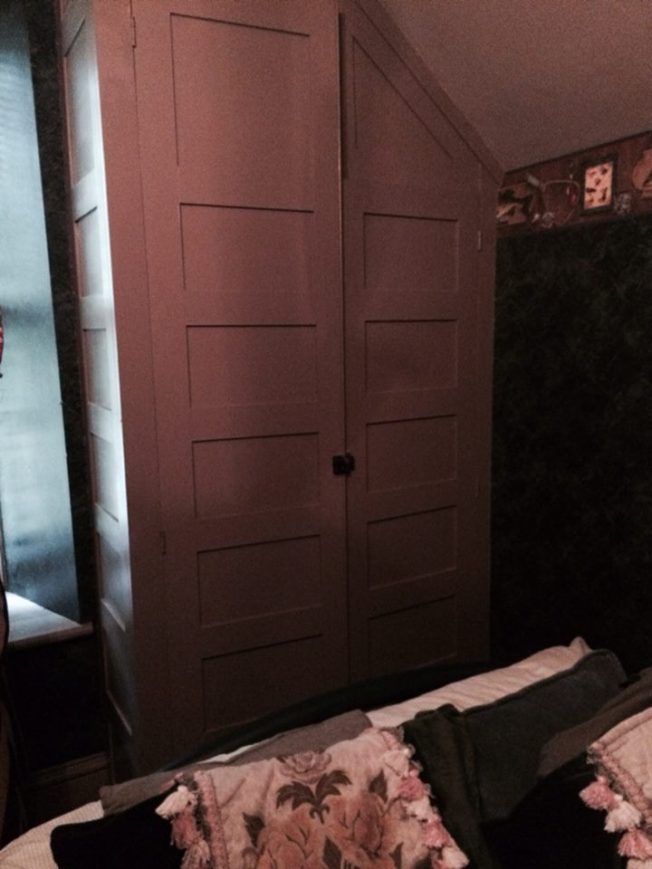 There were two rooms built on to the home the Cram family era– servant’s quarters on the second floor along with the service kitchen below. Albert Cram was then the mayor of the town of Carleton Place when he bought the home and I imagine he entertained a lot. I think the Morphy’s (original owners) were no nonsense people, so the house ended where part of the present dining room is.

The wooden buzzer in the master bedroom, on the side of the bed, was still there when we moved in, but after the fire in 1995 the restoration company removed it. Even when they gutted the walls during the renovation-nothing was found except a playing card.

What is the strangest thing you have found in your home?