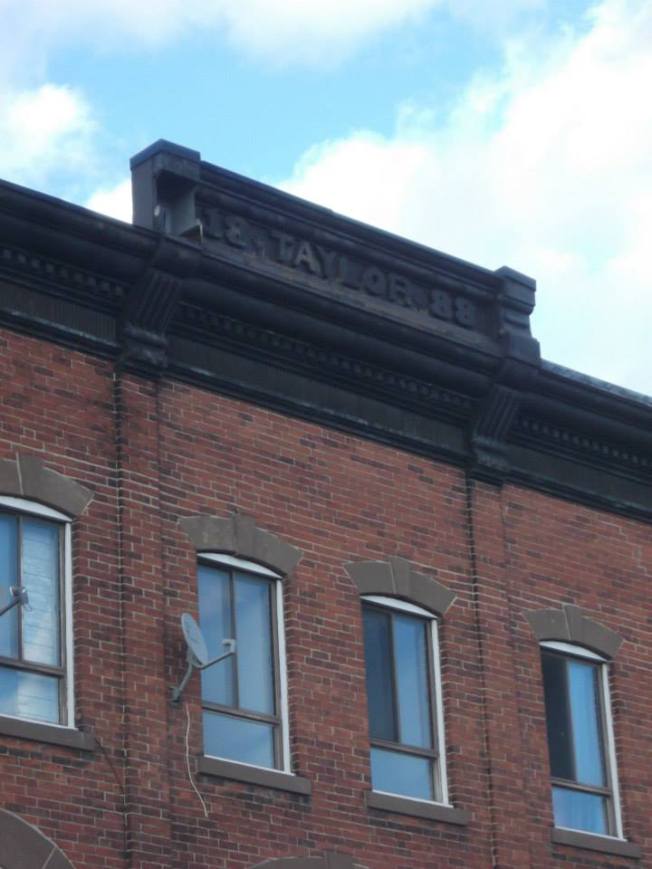 The Taylor building on the Bridge and Mill Street corner was built in 1888 and bought from Archibald McArthur. It’s one of the few downtown Carleton Place buildings that has not been touched by fire, and one of the largest made from Beckwith limestone and local bricks. This is the largest commercial building in Carleton Place and was known as “Taylor’s Department Store and Garage”. 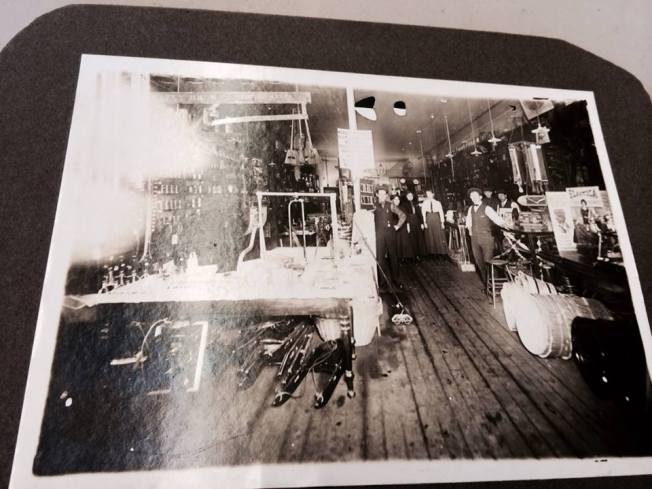 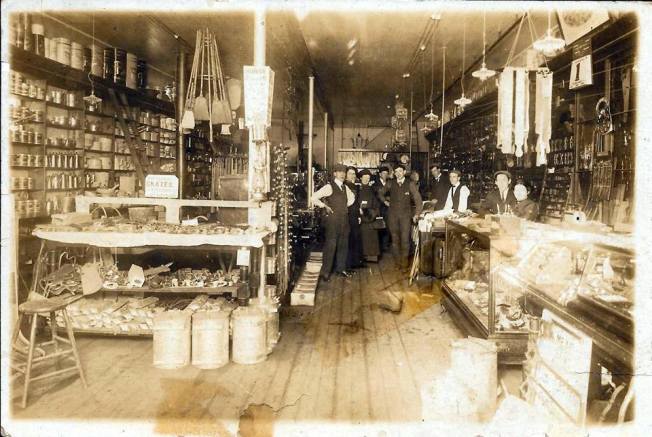 In August of 1940, C.F.R Taylor died after being a lifelong resident. He was the son of William Taylor and Barbara Donald. His father, William, began the hardware business and expanded with branches in Almonte, Arnprior and Lanark. Charles Francis received his education in Carleton Place, and was a brilliant scholar receiving his matriculation at the age of 13- years-old. He decided not to go to college, and took over his father’s business with his brother J. D Taylor. J.D. ended up moving to Ottawa later on. C.F.R. was married twice and his first wife was Miss Maude Cram, and she predeceased him after 16 yrs of marriage. His second wife was Frances McArthur Devlin. Mr. Taylor was active in local lodges and a member of Zion Church. 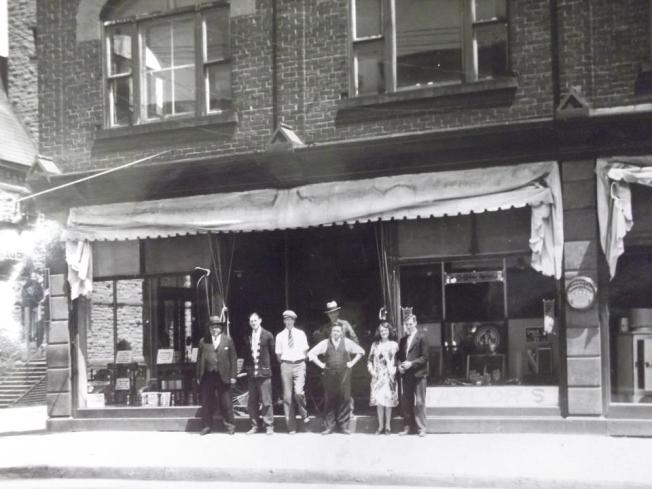 I imagine the merchandise was crammed on many narrow aisles in the store Things that didn’t fit on the shelves dangled around all over the place and the wood floor creaked as you walked on it. Standing behind the front counter, the Taylor brothers took pride in helping each customer find what he or she was looking for. People who shopped at Taylor’s tended to linger longer than they would at a modern hardware store. If someone was having a conversation about a plumbing project you might jump in and offer your advice. It was the type of store anyone could stand around talking hardware with some added local Carleton Place gossip thrown in. 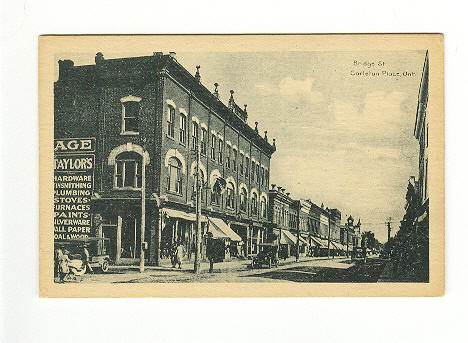 Photo from the Carleton Place and Beckwith Heritage Museum
In April of 1928, there was a robbery across the street at Okilmans where they stole elk knee boots, black and yellow slickers, and several shirts and ties. The robbers attempted to break in at Taylor’s Hardware store also, but obviously the hardware they had on the doors was too good, and they were foiled. 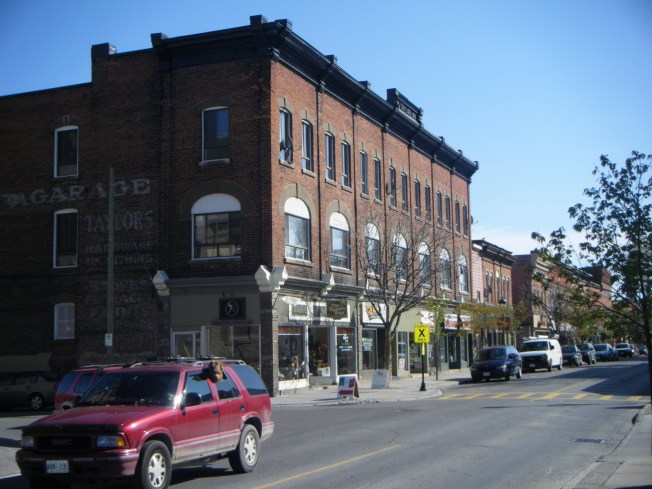 A well known accountant in Ottawa began his career at Taylor’s Hardware. Thomas Dowe worked for 12 years at that very hardware store before going to the government income tax dept and many prestigious accounting firms including the chartered A. A. Crawley in Ottawa. 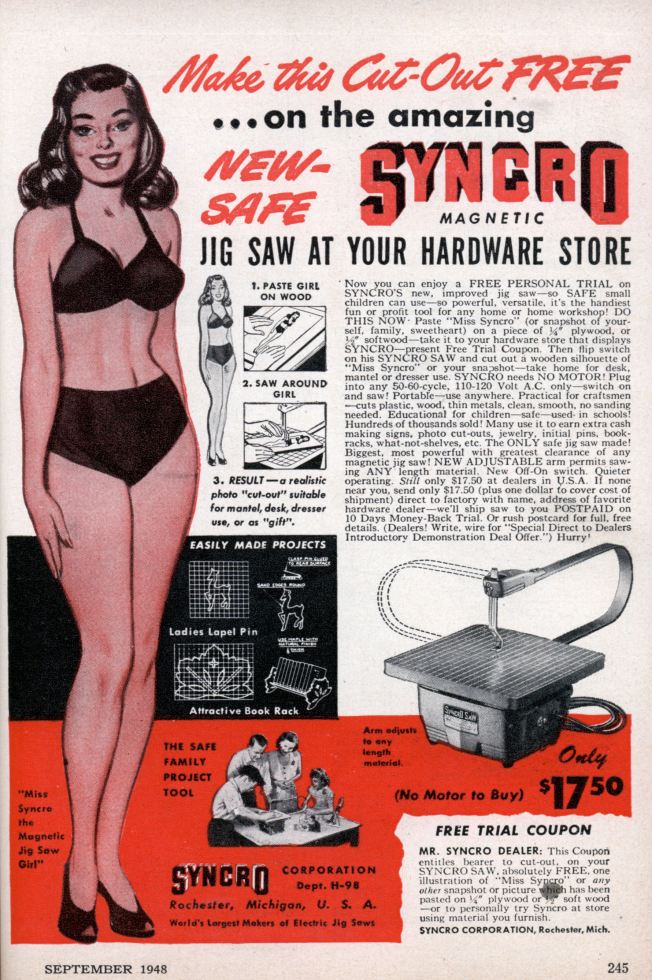