Who recognizes this building? Taken on January 7, 1923, this photo shows the aftermath of a fire at the Herald/Central Canadian Newspaper office located on the north-west corner of Bridge and Elgin/ Emily Street in Carleton Place. This is now the site of Body Graphics Tattoo.

It was 10 pm when the fire was discovered in the office of the Central Canadian. It took over two hours to get the fire under control-but in no time the roof had fallen in and the floors collapsed in several places.The newspaper plant and stock valued at $13,000 was destroyed, and the building frame veneered with brick was a wreck estimated at $5000 in damages.

The flames had spread upward to the second floor where the heavier type of metal machinery was and it became too dangerous for the firemen to enter, less the floor give way. Mr. F.A. Davis the owner had insurance of $6000 on the plant and the Wm. McDiarmid estate owners of the building $2000, so the loss was a heavy one to both parties. The brick building adjoining the burned building was saved intact –so the Central Canadian moved next door and Mr. Davis determined what arrangements he could make to get the town’s newspaper out the next day. No word if that paper did come out. 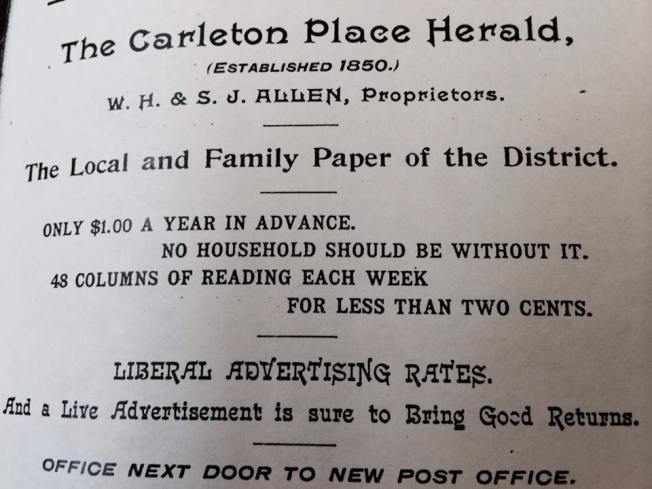