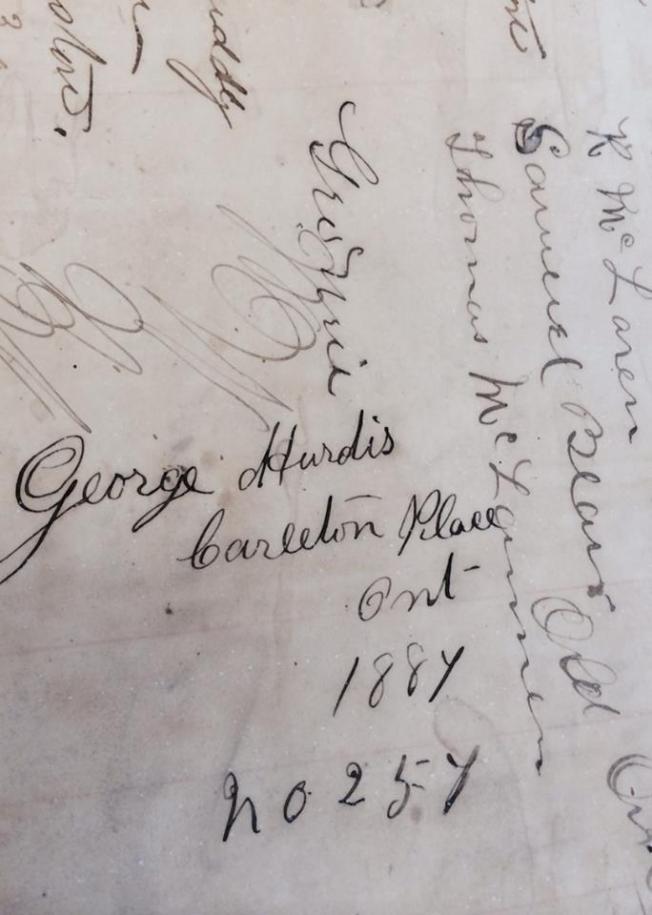 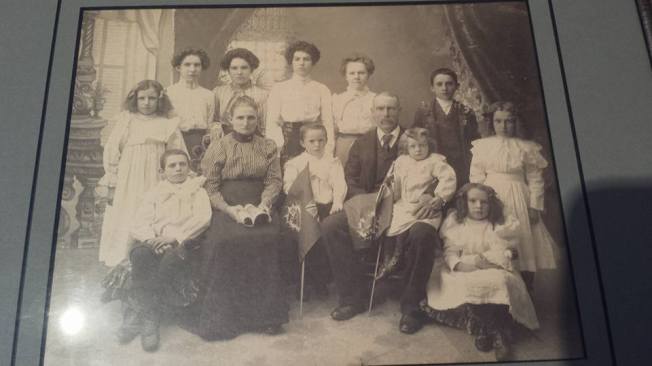 Ted Hurdis of Carleton Place sent this photo and said:

George was my grandfathers brother. He would be the lad on the right standing in the back row. My grandfather Ned is the young boy in the middle holding the flag.