Linda has been pre-empted for a couple of weeks due to an over booked schedule. We now resume our weekly travel program with the Barr Family.

Jenn Barr emailed a few weeks ago and had this to say about Italy:
I must say that Trevor was pumped for Italy–but he really looked forward to Rome and Pompei. But, I had been to Venice before and knew he would love it. He was just curious (as always) but still waiting for Rome! But when we arrived at the train station we became enthralled at the immediate sights that are really out of this world. Amazing architecture, a hymn in the air…not kidding…and gondoliers in stripes shuttling people about everywhere. I turned back to look at him with a smile as we exited the train station and he was visibly in awe of his surroundings. It’s another world. That was truly one of the most satisfying moments of the trip for me.

As Trevor told me when I interviewed him at The Moose for this story he said,”it was more than what he ever thought it was going to be.”

Jenn said Venice is city is a maze of narrow canals and alleys, and that not one photo or video she has seen truly does the city justice. Their city maps make no sense at all, and  you just have to wander, explore, and navigate yourself while being so visually stimulated you feel like you are in the real Santa’s village. Sure, it’s a tourist trap to some extent like many others–but it is a city full of residents, workers, students, people and pets going about their daily life. 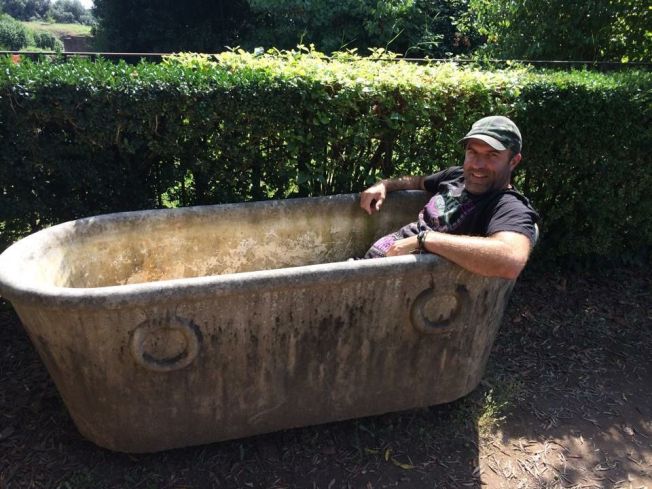 It was HOT when the Barrs were there (felt like 40C). Trevor’s suit case at that time had busted wheels when it came time to leave. Another thing she will never forget (nor their kids) is how Trevor navigated them all back through the winding streets/alleys and over countless pedestrian bridges with stairs on each end back to the train station in 40 degree weather while carrying a 40 lb (minimum) suitcase on his shoulders. While the rest of the family leisurely pulled our luggage behind and followed him (while at times saying “Dad….you sure this is the way?”).

Turns out– after the Barrs left, the city of Venice placed a bi-law against suit cases with wheels. You now get fined big bucks now if you pull one in the city. As Trevor said,”no one makes anything tough enough for a world journey.”
Rome is a city of countless churches and monuments – the only thing that might outnumber churches are bars – one on every corner and mid-block also. There is an abundance of exquisite fountains and faucets where Romans drink and refill water bottles throughout the days, the water still coming in by way of the ancient aqueduct. There are the ancient ruins, palaces and villas at every turn, piazzas and obelisks – look right and you’re missing something on the left.

The Colosseum is one of the most visited tourist attractions in Rome. It is an ancient Roman amphitheater which was built between 70-80 AD. It could seat up to 87000 people in the audience, an audience that came to see gladiator tournaments, fights between wild animals and executions. 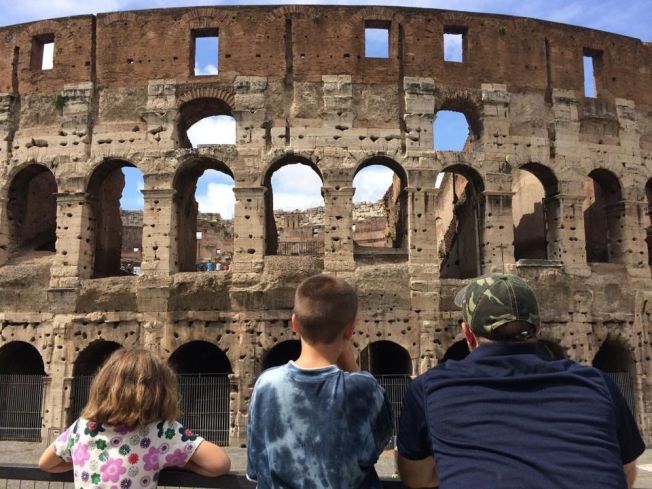 Speaking of wild animals, did you know there is a law in Rome that allows cats to live without disruption in the place where they were born. If you look carefully, you will see hundreds of wild cats climbing the walls of the Colosseum, and sleeping among the ruins of the Forum. At the Largo de Torre de Argentina you can see a cat sanctuary amongst the ruins of four Republican temples.

Rome is not like any other city. It is a city of Museums and history and it’s off next to Vatican City!

Part 3- Running with the Barrs through Spain