In  May of 1905 there were some unscrupulous people wandering through the streets of Carleton Place. During a short period of time a  large amount of money was scammed from the hands of the innocent townsfolk. It didn’t take much for two scalawags posing as theological students from the Victoria College in Toronto to con the religious folk with their seemingly good deals on subscriptions to the Christian Herald. 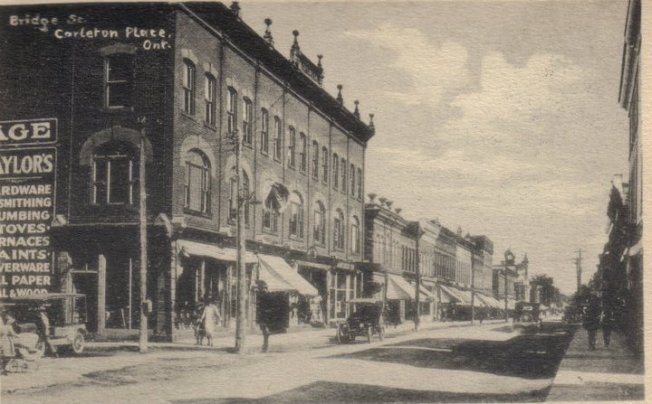 If you paid just a single dollar, you would get not only a subscription, but a handsome leather bound bible as a bonus. To those who paid their hard earned money, it was to be a long wait. Not one Bible turned up on any of the doorsteps in Carleton Place. All they were left with were identical receipts saying,

“Received from Mrs. Rae, the sum of one dollar for one year. Signed A Munroe”

Police magistrate J.S. L McNeely reported the two gents high tailed it out of town after people caught on faster than you can say, “Save me Jesus”. The gentlemen were said to be about 5′ 7” tall, neatly dressed, wearing dark suits, and having light complexions.
Word up and down the street was they stole over $400 from the Town of Carleton Place.  No need to say this but, G.J Jones and his partner A. Munroe’s whereabouts are still unknown to this day. Now why didn’t early 20th century bible salesmen wind up in the history books?  Especially those who liked to pick a pocket or two?