My mother always told my father that she sensed I had natural rhythm and probably  would become a professional dancer.  At age 17 and one half I had my first break and in 1968 I became one of the first regular dancers on a Montreal based TV show called  “Like Young”.

Every Saturday afternoon I sported my grandmother’s orthopaedic brown lace up shoes, ready to dance to Motown tunes. Those borrowed shoes were just super for dancing and they looked fabulous with my floor dusting gabardine flare pants from Le Chateau where I worked. Once I even got to shake hands with the featured singing artist of the week Marvin Gaye– and that alone my friends almost made me faint.

After dancing on “Like Young” every week we would all head downtown and refresh our spirits at the Honey Dew restaurant on St. Catherine Street.  One giant glass of Honey Dew along with a hot dog and then it was off to Place Du Soul. It was THE ” all ages” place to be – right across from the Montreal Voyageur Bus Station. Every Saturday night I fought for  one of the coveted titles of go go cage dancer. The elevated cages were about twenty stairs up a shaky ladder and even though I suffered from vertigo, it became a weekly goal to try and fight the others to be Queen of the Castle. One cold winter weekend it became a matter of life and death. 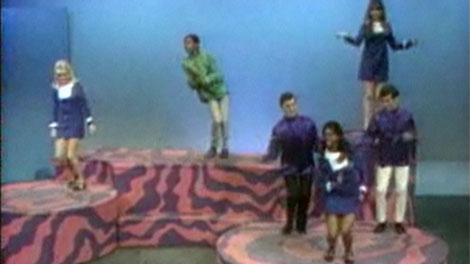 James Brown was the headlining act, and even though he had the moves; he was not considered part of the beloved Motown singers I enjoyed.  Berry Gordy, who was the owner of Motown, wanted Brown to join his label but James was playing for a smaller label. Granted he could have gotten more exposure and probably made more money by signing with Motown, but he didn’t.

The King of Soul refused because, as he said, Gordy’s acts were a little too soft for him: too much pop, not enough soul. He said he was way too raw for the kind of polished music they were doing and their choreography. Brown’s act was different, spontaneous, and no two nights were the same.

Hoping to perform some unrehearsed moves for James Brown that night I devised a plan. I ran up to the line waiting their turn to dance and screamed that lead singer Bruce from ‘Les Sultans” was coming in the door. “Les Sultans” were the French Canadian version of the Beatles in those days, and I tell you, that line stopped being a line in about two seconds flat. Smiling a very large sinister smile I climbed those 20 stairs wearing a short print mini dress, white boots and a huge white bow on top of my head and never looked back. 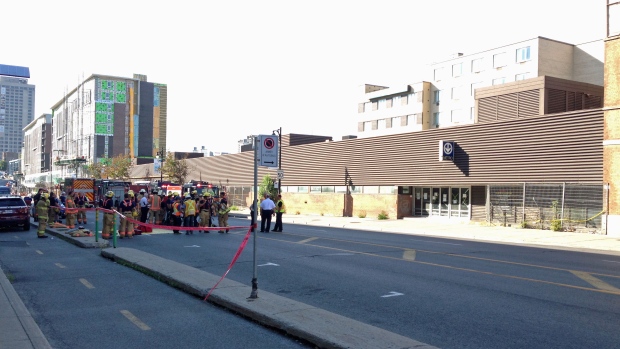 James began to sing, “I Feel Good,” and it could not have been a better song. I stayed up there as long as I could and danced my boots off. Others got tired of me hogging the limelight and tried to climb up and get rid of me. Not wanting to leave my coveted post I threw my boots down one at a time and whatever else I could find in my purse. Eventually they got the message and the cage belonged to me.

During the last song, bootless and massive black eyeliner running down my face, James threw me a kiss and sang “I Got You” . I would never live my mother’s dream of being a professional dancer but this would do.  I was dancing like James Brown – different, spontaneous, strictly soul food moves, and  I didn’t need any Motown singer to break me into a “cold sweat”.

“The one thing that can solve most of our problems is dancing”. -James Brown