Have you ever wondered what the most popular beers are in downtown Carleton Place? Lets take a stroll down Bridge Street and find out.

First stop is the Thirsty Moose on the west side. We asked Jamie (niceJamie not big Jamie) what are the best sellers. They are Coors Lite,Canadian and Creemore Springs. If Gail did not go there Coors Lite may not have been at the top. I usually have a Heineken when I drop in. The Moose is a great sports bar since Bubba took it over. They organize trips to the Sens games and will have golf or football etc, on the many Tvs but not so loud you can’t have a chat. Except on Thursday, which is wing night, and can be a little noisy but fun.

Next up on the east side is St. James Gate. Most popular beers according to Jamie (another Jamie, but this one is a tall pleasant young lady) and Rebecca (her sister Jenna works at the Moose) are Harp, Perth Amber and Kronnenburg Blanc. I often meet my old friends from Stats Canada, Carl and Dave, there on a Friday evening to have a little computer techie talk. They usually will have the aforementioned Blanc and I have a Guinness. In case you didn’t know Guinness is brewed at St. James Gate in Dublin hence the pub name.

Let’s Stay on the east side and stop at Ballygiblins. Another British Pub owned by great guy Derick. Favourite beers are Beaus, Barking Squirrel and Ashton Amber. I always order the Beaus Lugtread. A great beer from Vancleek Hill. A few years ago I had a broken leg and the Beaus brothers would deliver an ice cold keg to our home and I would hook it up to my draft system but that is another story.

Editor’s Note: Ted- I think we would really like to hear that story! 🙂 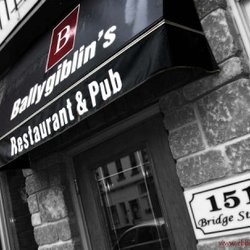 Now across the street to The Queens, one of Carleton Place’s oldest establishments. They are selling a lot of Coors lite, Canadian and Bud Lite. Gail and I were there for St. Patrick’s day so I had a green beer of some sort. Gail, of course, had a Coors Lite, bottle, no glass. (inside joke). They had a great band and we are hoping for more live music at this wonderful spot.

Over the river to Bell Street and the Waterfront Gastro Pub. Worth going there just for the name but they have some great beers also. Arguably the best drought taps in town. Their most popular beers are Red Racer, Keith’s Pale Ale and Kronnenburg Blanc. We went there during the“Walmart Blackout” as north of the river still had power. A lot of people went to Almonte because they thought the whole town was out but they just could have gone to the Bistro. Don’t wait for the next power outage. Overlooking the Mississippi, they truly have the best patio in the summer time. Hope they get the Blues Band back on Sundays. Check it out.

Back across the bridge and near the town-hall on Mill Street is Slackonis. Not a pub but they also have a great patio in the summer where you can sit out and watch the river flow. According to Rob the favourite is the Italian beer Moretti, however, they sell more wine than beer. Try a glass of Pinot Grigio for white fans or a Cabernet Sauvignonfor those of us who prefer red while sitting by the dam.

Also on the west side of Bridge Street is the Excuses Bar and Grill.This is attached to the Visions Bowling Centre so you can have a cold one after knocking all those pins down.

Not downtown but a worth a look is the Tap House Grill and Sports Bar in the McNeely Plaza. Their most popular beverages are Bud, Bud Lite and Keith’s IPA. I will have to give it a closer look when I can get a DD to
give me a lift.

You can check out most of these establishments on Facebook. 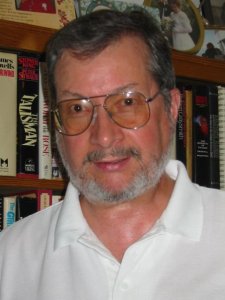