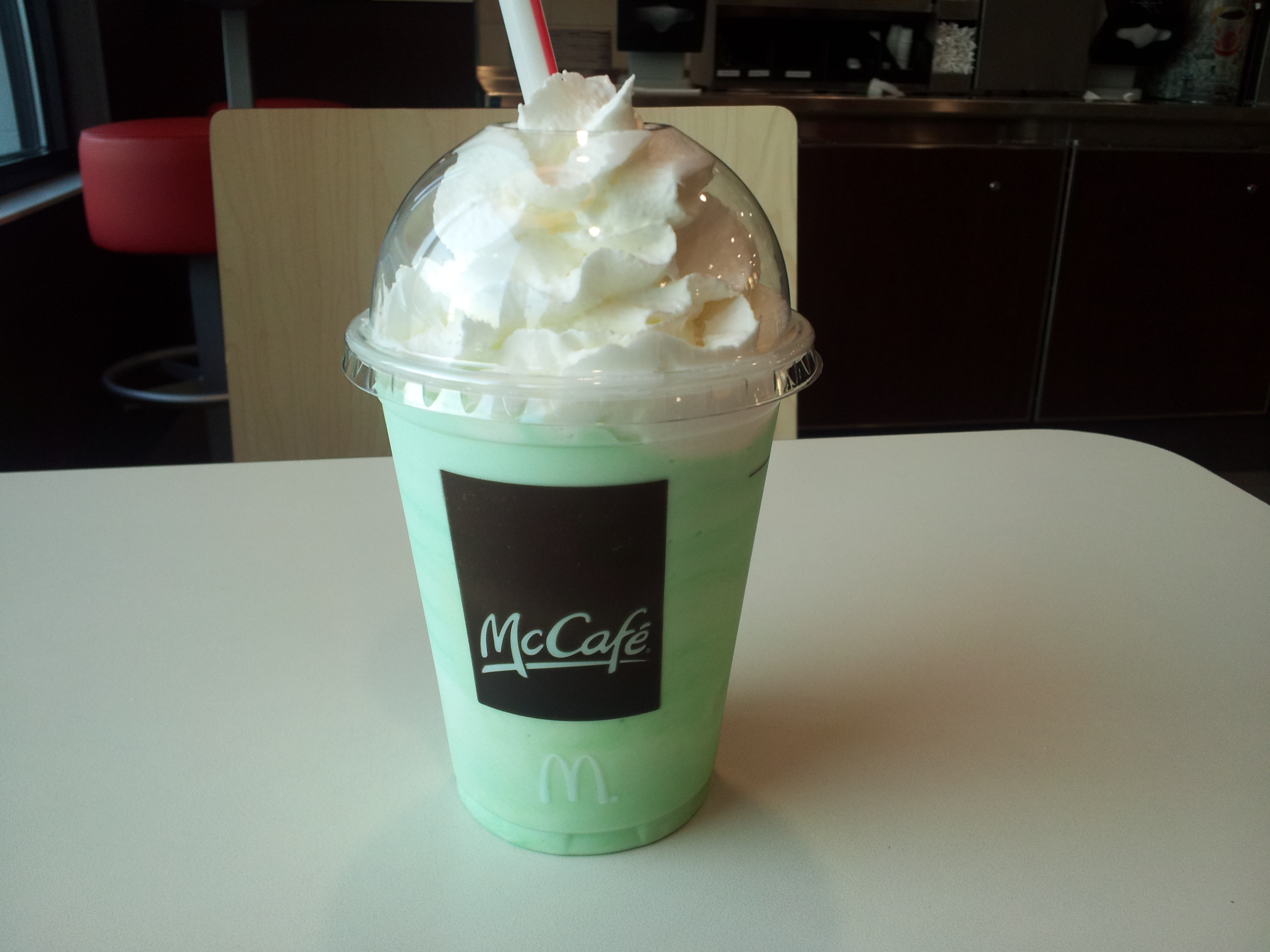 The McDonald’s Shamrock Shake you ingested on St. Patrick’s Day did not have shamrocks nor free-range, cage-free leprechauns. But, this is no longer your Father’s Shamrock Shake!

What’s really in a Shamrock Shake?

Sugar appears 4 times, cream twice, water three times, corn syrup 4 times, High fructose corn syrup three times. The whipping propellant ( nitrous oxide) should not even be considered a factor as far as nutritional or caloric consideration as it has no ability to remain in the body or bloodstream longer than a few seconds, but let’s not forget citric acid was in there twice. There are real chemicals in that thing-not food substances. Real food doesn’t come from laboratory vats in New Jersey!

McTruly McBarfy!
I am not trying to be a fear-monger as this is just fact-based ingredients. You are basically eating high fructose corn syrup with dye. What did you think would be in a Shamrock Shake? It’s McDonald’s, for petes sake! Of course please do give us the rundown on a quart of Hagen Daz sometime too, will you?

Real shamrocks could not be used as they are one of the main ingredients in many laxatives and consumed in high volume can cause abdominal distress, peptic ulcers, diverticulitis, severe reflux (GERD) and a myriad of other digestive problems. Not sure which is worse though – actual shamrocks or the shake.  And they said assisted suicide was illegal in the US and Canada!
Since I lack the necessary carcinogenic agents to make an exact copy, I will blend all the ingredients and then have my neighbor blow the smoke from a couple of her cigarettes into my shake to make it as close to the original recipe as possible!  Mayor Bloomberg won’t allow New Yorkers to have a large soda but you can get as many toxin filled Shamrock Shakes as you want!

We now live in a world of chemical shakes and foods and what would have surprised me, would have been to read that the shake was made with all natural, wholesome ingredients, but lets be honest how many saw that coming? I guess it’s like hot dogs. If you saw what went into them you would never eat them, but once every few months probably won’t kill you.

Not exactly better living through chemistry!
Please note that no Leprechauns were harmed in the making of these shakes.

As my friend Victoria Norris from the UK just told me– “If you don’t want to look like Princess Fiona–stay away from those shakes!”